What Is Onion Over VPN & How to Use It?

A VPN can be an amazing tool to spoof your location or hide your online traffic with a tap of a button but what if you could do more to achieve higher standards of security and anonymity on the web?

Tor or The Onion Network is an open-source tool that bounces and encrypts your traffic through several nodes before reaching its destination. 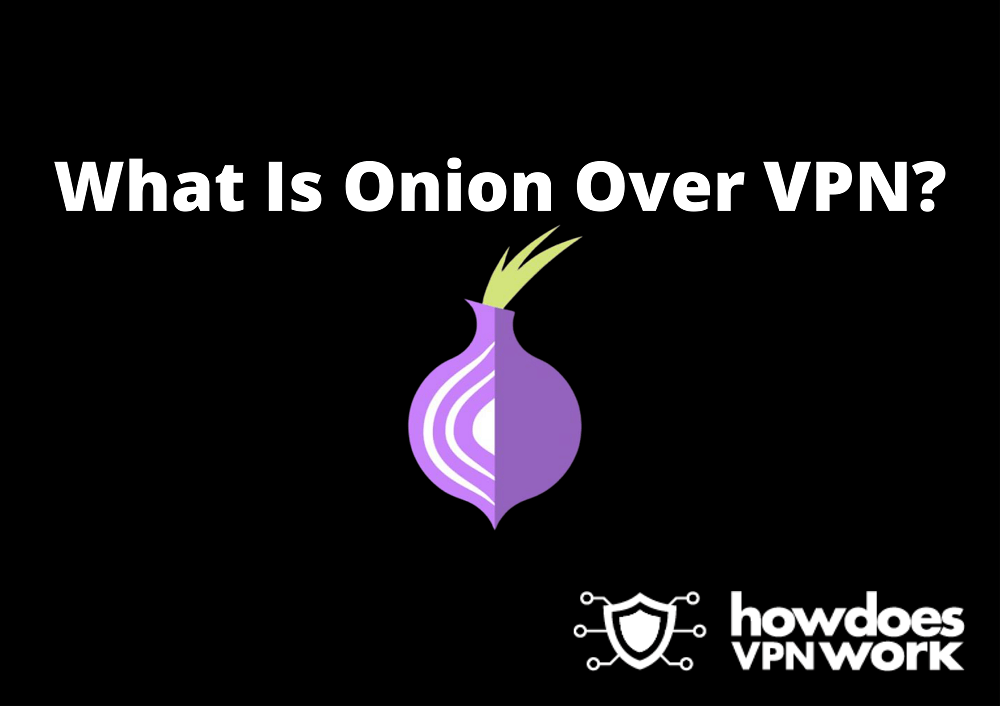 But what is Onion over VPN? It is when both these tools (VPN and Tor) merge and provide a more secure option for your traffic to route through multiple layers of security.

But how does it work? And how is it different from a VPN? Let’s find out.

Short on time? Here’s a Short Summary of What Is Onion Over VPN 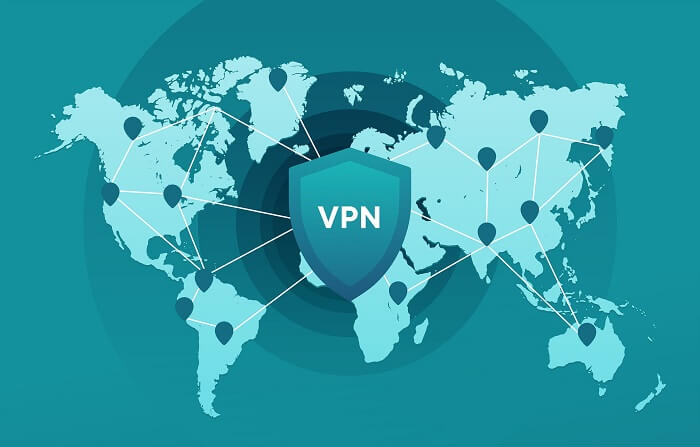 A virtual private network or VPN lets you route your internet traffic through one of its servers to encrypt it and then passes it forward on the landing page.

With this, it shields your real IP address by assigning you a bogus one to make sure your online identity is hidden and you can easily geo-spoof your location in a matter of seconds.

But how does a VPN work? Well, it simply creates a virtual bridge between the user and the VPN server. The user’s unencrypted traffic passes through this secure virtual bridge and comes out as encrypted. No third parties can interfere, even if someone catches your traffic, it would be in gibberish because it can only be decrypted with a key.

Not even your internet service provider or government authorities can monitor you or track you.

You can either set up a VPN server or get a VPN subscription from one of the best VPN service providers in the industry. And if you choose the latter, you’ll get to play with unlimited features that’ll just make your life easier.

What Is The Onion Router Or TOR? 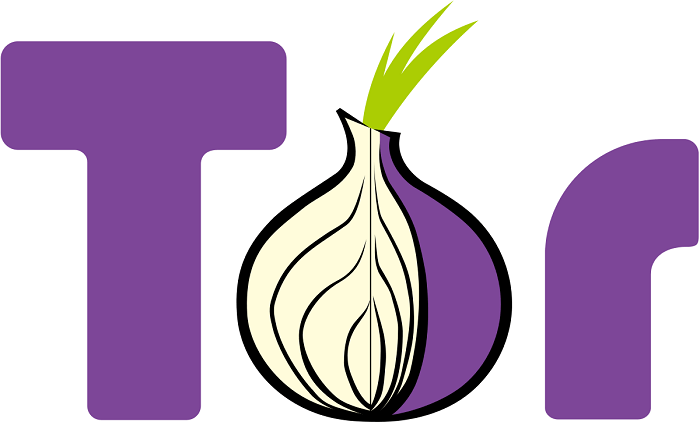 The Tor network is an open-source privacy program that permits users to browse the web anonymously. It was initially developed and solely used by U.S Navy to protect sensitive government communications before it became available for public use at large.

The onion router or Tor provides privacy by bouncing communications around several nodes before finally reaching their destination without revealing where it came into contact with other Tor users (or indeed any identifying information at all). This ensures no single point of entry for unwanted attention; making tors web browsing more secure than ever!

Tor is the ultimate way to stay anonymous on the Internet. It’s free, easy-to-use, and protects you against malware while also hiding your location from other hackers who want access to personal data like emails or social security numbers.

What Is Onion Over VPN & How Does It Work?

Onion over VPN is when you decide to maximize your security by combining a VPN server and Tor nodes to encrypt your traffic.

To tell you how Onion over VPN works.

The Tor browser is the only way to encrypt your traffic with the Tor network. But you can use a VPN service that provides a built-in feature for Onion over VPN.

VPNs That Have Built-In Onion Over VPN Feature 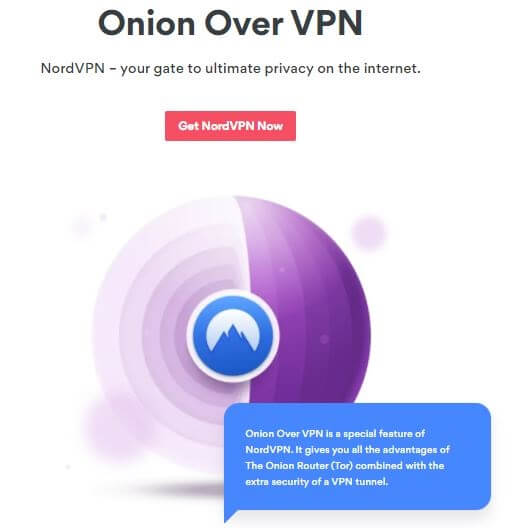 NordVPN is one of the dominating names that offer this service. You can use NordVPN’s built-in feature of Onion over VPN and connect in no time.

You don’t have to perform any configurations or setups, just click on the options and that’s it. You don’t even need the Tor browser.

How to Use Onion Over VPN?

You can Onion over VPN in two simple ways.

Use a Reliable VPN + Tor Browser

Use a VPN Service With Built-In Feature

How Does Onion Over VPN On NordVPN Work?

You can use NordVPN’s Onion over VPN in two ways.

When you use NordVPN’s Onion over VPN, it creates an encrypted tunnel between your device and the server. Your data is encrypted and passed through the server.

Exiting the server, it enters the Tor network by the first node or entry node. The nodes of the Tor network are routers that can encrypt your traffic, decrypt it, and relay it.

The nodes of the Tor network are routers

If you’re tired of searching for the ideal VPN that works great with the Tor browser then we have done the leg work for you.

Here are the three best VPNs for you to send your internet traffic to encryption tours.

NordVPN is one of the best players in the VPN business. It is based in Panama and it’s one of the VPN providers that offer a built-in Onion over VPN feature. And it works great with the Tor browser too.

ExpressVPN provides high-end security with its AES encryption method. It also has its own protocol, Lightway. It’s an exceptional pairing partner when used with the Tor browser. With more than 3000 ExpressVPN servers, you can have access to any geo-restricted content on the internet.

Surfshark is the young gun of the VPN industry but still managed to earn the title of being the featured-pack VPN of all times. It is based in the British Virgin Islands and you can use it with the Tor browser smoothly.

Is Onion Over VPN Safe?

Onion over VPN is safe. But the catch is that your VPN provider should be reliable and has a strict no-log policy. And don’t just take the VPN company’s word for it, search for reviews, or see if that provider is audited by third-party firms.

And the question may arise in your head, “what if I don’t use a VPN and instead, just use Tor?” Well, if you just use Tor without a VPN, then it might not be safe as anyone can run a Tor node, and that anyone can be a hacker too. Plus, your ISP can still see that you’re connected to Tor.

That’s why Onion over VPN is safer. When you’re connected to a reliable VPN first, you’re already anonymous to the onion network when your traffic passes through it. So even if your traffic is tracked while exiting the last Tor node, it’s still encrypted traffic.

Onion Over VPN OR Double VPN?

Onion over VPN is not the only option to go for if you want to encrypt your traffic several times. You can use Double VPN.

What double VPN does, it passes your traffic through two VPN servers at the same time, encrypting your traffic twice. Which means double protection, kinda similar right?

Plus, double VPN is not that rare a feature like Onion over VPN. Most VPN providers offer this feature, but with different names.

So you see? Different names, but same functionality.

Which VPN company provides the built-in Onion over VPN feature?

NordVPN is one of the reliable VPNs that provide the built-in Onion over VPN feature. Just find the Onion over VPN option, select a server, and click on Connect.

How much does NordVPN cost?

The monthly plan of NordVPN costs $11.95. The one-year NordVPN plan costs $59, and the two-year plan costs $89. It is to be kept in mind that all the longer-term plans require an upfront payment of the subscription fee. NordVPN offers a 30-day money-back guarantee also.

Is it okay if I use Tor only?

If you only use Tor then your traffic might be at risk. As the nodes of the Tor network can be compromised. When you route your traffic through it, your real IP address might get exposed. And your ISP can always see that you’re using Tor.

You can use NordVPN’s built-in Onion over VPN in which you won’t require a Tor browser. Other than that, ExpressVPN, NordVPN, and Surfshark, all work great with Tor browsers.

How to choose a VPN provider?

Always sign up for a VPN that has a strict no-logs policy, offers a 30-day money-back guarantee, and works on all widely used operating systems.

You now know what is Onion over VPN. Although it’s not considered a MUST-HAVE feature unless your profession requires a dire need for it to be super private on the web. For normal use, a VPN is just fine if you trust your service provider and the same applies if you use it with Tor.