How to Install ExpressVPN On Linux? (Noob Guide April 2022) 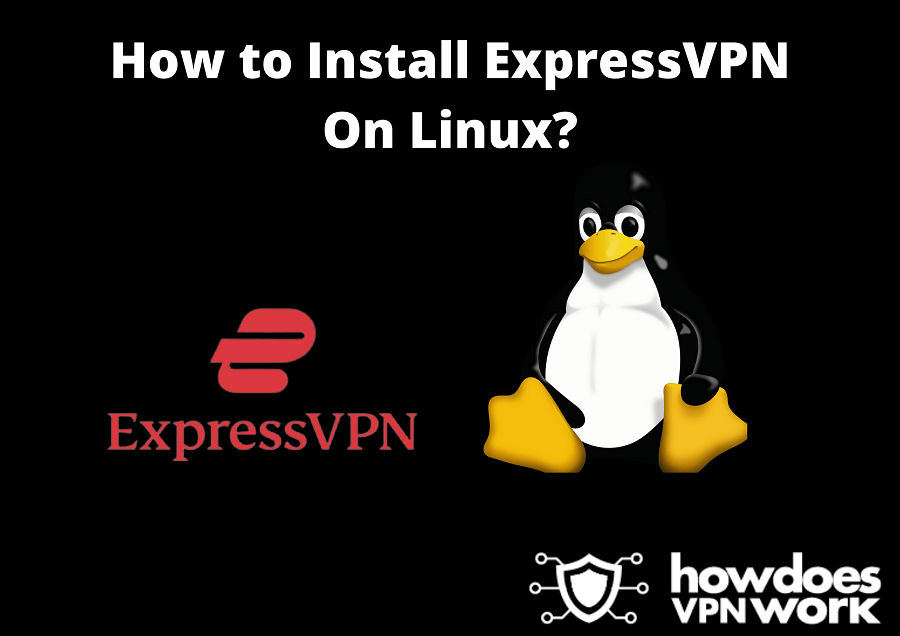 Linux operating system is the savior when it comes to security issues. It’s the ideal choice to keep yourself distant from malware and viruses. But to further strengthen it to eliminate all kinds of threats, a top-tier VPN is required.

A VPN keeps all your data secure by traveling it through a secure channel whilst geo-spoofing your location.

And when it comes to choosing a VPN provider, ExpressVPN is the best choice to go for. Not only does it have a massive server count and a state-of-art encryption mechanism, but it also works great with Linux.

Not many VPN providers have compatibility to run on Linux. But ExpressVPN supports it. So without taking much of your time, let’s get to know how we can install it.

For a detailed ExpressVPN review, visit our guide: How Does ExpressVPN Work

Short on time? Here’s a Short Summary of How to Install ExpressVPN On Linux

ExpressVPN has the compatibility to work on Linux and you can install it in the following ways:

How to Install ExpressVPN On Linux?

You can install ExpressVPN on your Linux distribution in two ways:

Method 1: How to Install ExpressVPN On Linux By Downloading The Installer?

We’ll need to download the ExpressVPN app from the website then install it on our Linux machine. You should have an active ExpressVPN subscription plan. If you don’t, get a VPN plan from ExpressVPN.

Here’s how you can download the installer and activate it.

Step 2: You’ll get a verification code on your ExpressVPN email address. Enter it and carry on the process.

Step 3: On the right panel, click on the drop-down menu to select the right operating system. You can choose between:

Note: If you don’t know which Linux distribution you’re using, type this in the command line:

Step 5: Copy the Activation Code on the left panel of your ExpressVPN dashboard.

Note: Now install the app directly with the GUI. But if you can’t for some reason, use the command line method to install ExpressVPN on your Linux machine.

Step 6: If you want to install the app using the command line, open Terminal. Use the cd command to navigate to where the file is downloaded. By default, it goes in the downloads folder. If that’s the case, use this command:

sudo dpkg -i [name of the installer file]

Step 8: As soon as the installation is successful, activate ExpressVPN by entering the following command:

Step 9: Paste the activation code which we copied earlier in Step 5. Press Enter.

Step 10: You’ll be asked to help improve ExpressVPN by sharing anonymous diagnostics. Press Y to agree, N to disagree, and then press Enter.

Step 11: If you chose Y, then enter this command next:

Step 12: Now type this command to connect to ExpressVPN:

Method 2: How to Install ExpressVPN On Linux Through Manual Configuration?

In this method, we’ll use the manual configuration to set up the OpenVPN protocol of ExpressVPN on Linux.

Step 2: You’ll see an activation code, note this down as we’ll need it later.

Step 3: Click on the Manual Configuration option on the left panel.

Step 4: Select the OpenVPN tab on the right panel.

Step 5: You’ll get your username, password, and the OpenVPN configuration files list. Now enter the following commands according to your Linux distribution.

Step 7: Don’t close the terminal window, as it will disconnect you from the VPN. Instead, minimize it if you want your ExpressVPN active.

How to Use ExpressVPN On Linux?

We’ve installed ExpressVPN on Linux successfully. But how can we use it to connect to a VPN server? Let’s find out.

How to Connect to ExpressVPN On Linux?

How to Connect to a Different Server Location On Linux Using ExpressVPN?

For instance, if you want to connect to server of Germany, enter this command:

How to Disconnect from an ExpressVPN Server On Linux?

You’ll get a message that you’ve been disconnected from the VPN server.

Why You Should Use ExpressVPN On Linux?

Linux operating system is used widely because of its greater security. Businesses and companies run their servers on Linux as it’s fast and reliable. With an active ExpressVPN connection on your Linux machine, you’ll further increase your anonymity and privacy on a maximum level. How? Let’s see.

ExpressVPN has a total of 3000+ servers covering 94 countries and 160 locations. You can connect your Linux computer to any server across the world to keep your data private. You can bypass restrictions on geo-blocked websites and streaming platforms like Netflix, Hulu, Amazon Prime Video, and many more.

A top-tier VPN protects customer data and keeps its users anonymous by not keeping track of any user data. ExpressVPN runs its servers on volatile memories. So there’s no chance that your data can be stored. Other than that, ExpressVPN has a strict no-log policy that is audited by third-party firms.

A secure VPN protects your online identity at all costs. It keeps you anonymous on the web and prevents your data from being prey to hackers. ExpressVPN uses the 256-bit encryption system and offers advanced protocols like L2TP/IPsec, OpenVPN, and Lightway, which is ExpressVPN’s custom protocol.

You can get your hands on the built-in features of ExpressVPN including a kill-switch, which disables your internet connection if your VPN drops accidentally, and a split-tunneling tool that lets you bypass your VPN connection for your preferred apps to prevent turning off and on the VPN again.

A live chat option on the ExpressVPN website provides customer support 24/7 to all the users having an ExpressVPN subscription. You can enquire about any problem and a representative will solve it as soon as possible.

All the payments are required to be paid upfront. But don’t worry, ExpressVPN has an active 30-day money-back guarantee offer. So if you’re not satisfied with the services because of any reason, you can get a total refund if you make a request under 30 days.

You can do it by just going to ExpressVPN’s official website, navigating to the live chat icon, and request for a refund. A representative will generate your request and you’ll get a refund in the next 4 or 5 days.

To compare ExpressVPN’s prices with other VPN providers, visit our detailed guide: How Much Does A VPN Cost

Is it illegal to use a VPN?

No. Using a VPN is perfectly legal. But it depends on which country you’re living in. VPNs are legal in the United States, however, if you’re traveling to a region like China, Turkey, Belarus, or North Korea, it is better to check their policy before connecting to a VPN to avoid getting in trouble.

Can I use a VPN to stream media?

Yes. VPNs allow you to connect to a different region which lets you stream geo-restricted media content. Just find a region where the geo-blocked content is available and connect to a server of that location.

Which ExpressVPN subscription plan should I sign up for?

You can go for the Special Deal Package of ExpressVPN which is a one-year subscription plan costing $99.95. Also, you’ll get three free months on the first purchase.

What is new name of Raspbian?

The formerly known Raspbian is now known as Raspberry Pi OS. And ExpressVPN smoothly works with it.

How to know the status if I'm connected to an ExpressVPN server on my Linux computer?

Open your terminal and enter the command: expressvpn status and you’ll know if you’re connected to the VPN or not.

The Linux operating system is immune to mid-level cyberattacks. And mixing it with a top-tier reliable VPN like ExpressVPN will further strengthen its performance.