How to Install ExpressVPN On Firestick & Fire TV [2022 Guide] 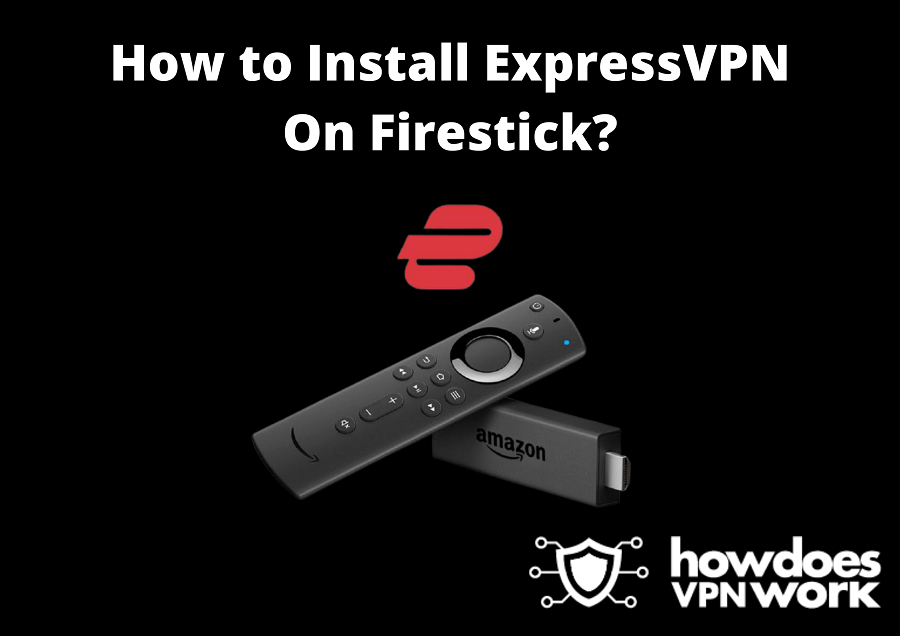 Firestick is a media streaming device that lets you stream movies on Netflix, Hulu, Amazon Prime Video, and many other streaming platforms. But apart from that, you can install apps and play music also on your TV via Firestick connected to the TV’s HDMI Port.

So it’s a worthy gadget if you want to enjoy a movie night with a bunch of friends.

However, the frustration initiates when you cannot stream everything you want. You see, streaming platforms have libraries according to different regions. And if you’re in a country where your favorite movie or TV show is geo-blocked, you will not be able to watch it.

For that, you’ll need a VPN. A VPN changes your IP address and geo-spoofs your location so you can unlock streaming catalogs of different regions.

And since we’re talking about VPNs, how can we miss ExpressVPN? ExpressVPN is one of the top-tier VPN services that works great with Firestick. It has a dedicated app for Firestick and it offers a MediaStreamer feature for movie geeks to break the barrier of geo-restrictions.

Moreover, you can unlock almost any region’s Netflix catalog with ExpressVPN’s pool of 3000+ server locations.

But enough with the ExpressVPN gossip as it’ll take us forever to tell you about the amazing services it offers. But if you really want to know more about it, read our full guide: How Does ExpressVPN Work.

Short on time? Here’s a Short Summary of How to Install ExpressVPN On Firestick

How to Install ExpressVPN On Firestick Using Amazon App Store?

You can easily download and install ExpressVPN from the Amazon App Store on your Firestick device.

Step 1: Get a VPN plan from ExpressVPN by visiting this page.

Step 2: Turn on Firestick and open the Find tab.

Step 3: Search for the ExpressVPN app. 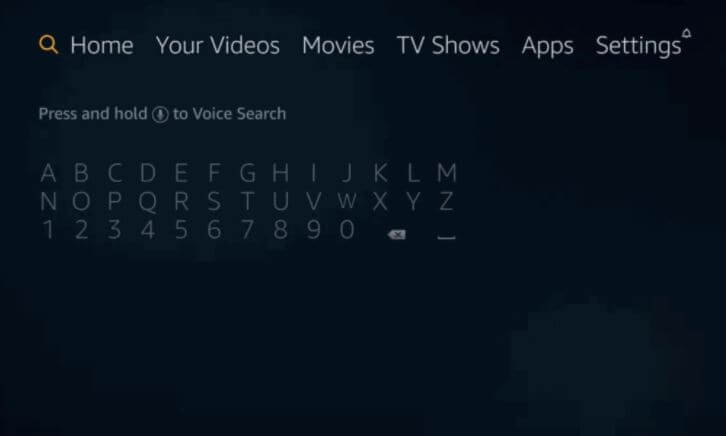 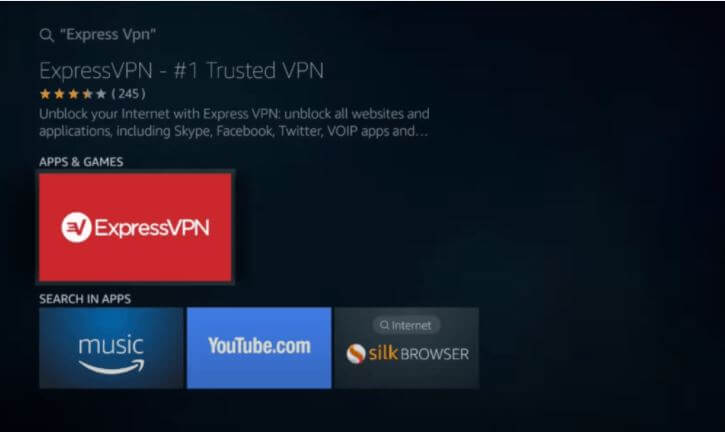 Step 5: Once the downloading completes, launch the app. 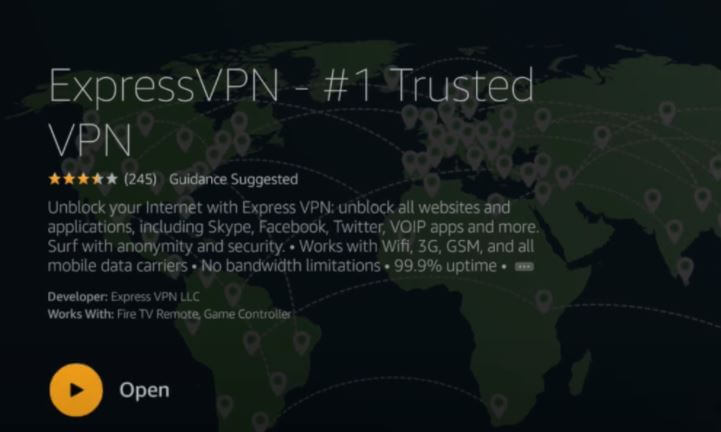 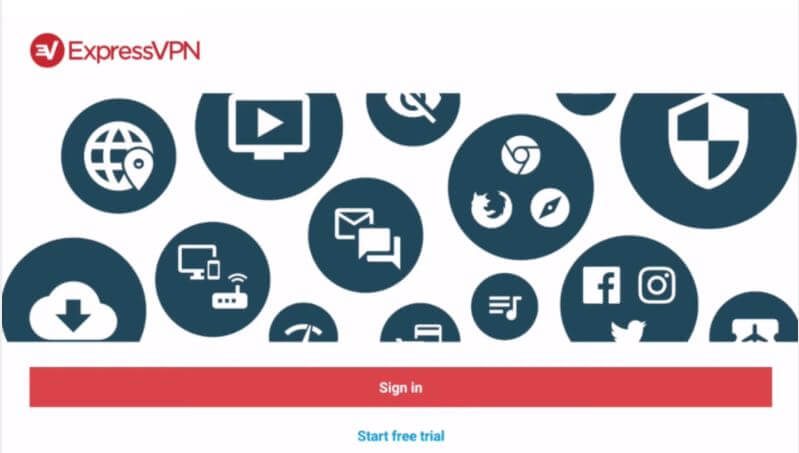 Step 7: Select a location server and connect to the VPN. 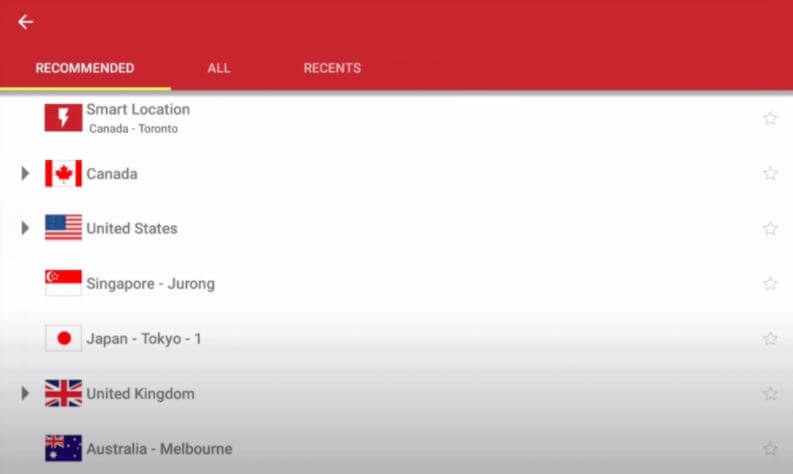 How to Install ExpressVPN On Firestick By Sideloading an APK File?

If you can’t find the ExpressVPN app on the Amazon App Store then you can sideload an apk file of ExpressVPN with the help of the Downloader app. Here’s how you can do it.

Step 1: Get an ExpressVPN subscription plan.

Step 2: Go to the Settings of your Fire TV device and head to My Fire TV. 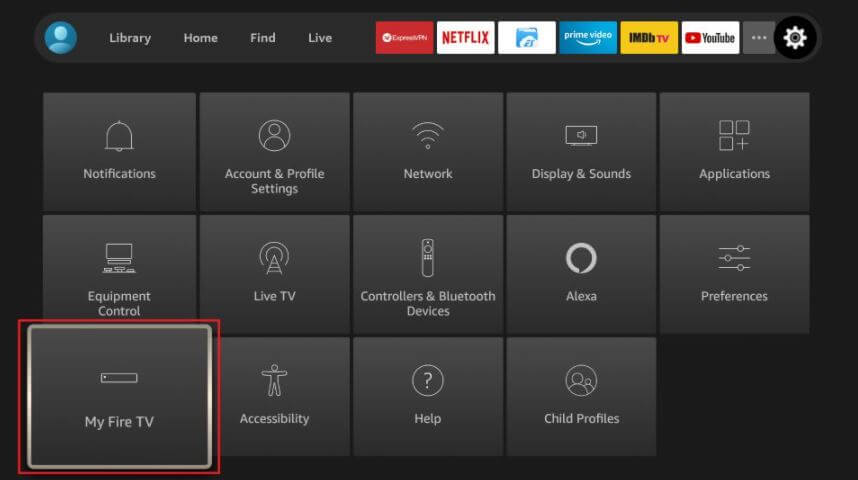 Step 3: Go to the Developer Options. 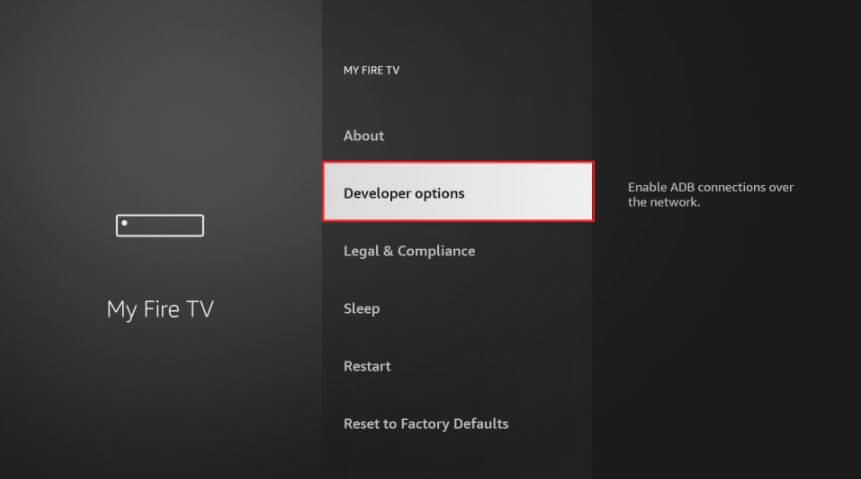 Step 4: Select Apps from Unknown Sources and then select Turn On. 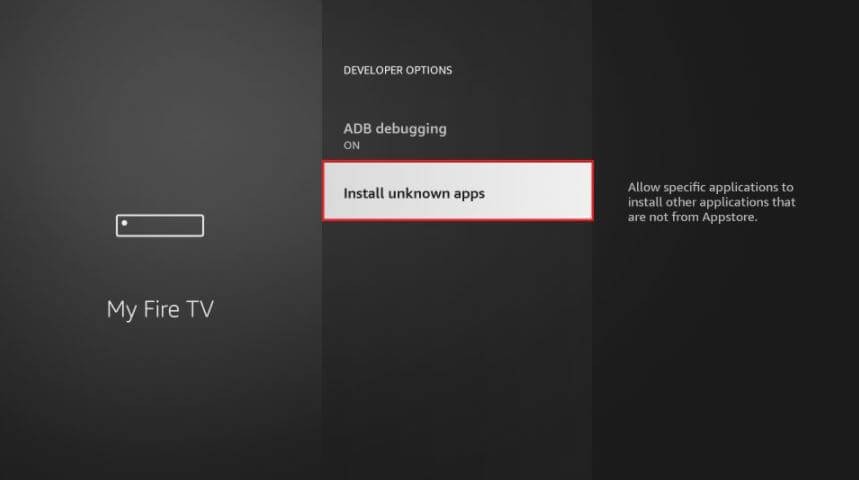 Step 7: Install the Downloader app and launch it. 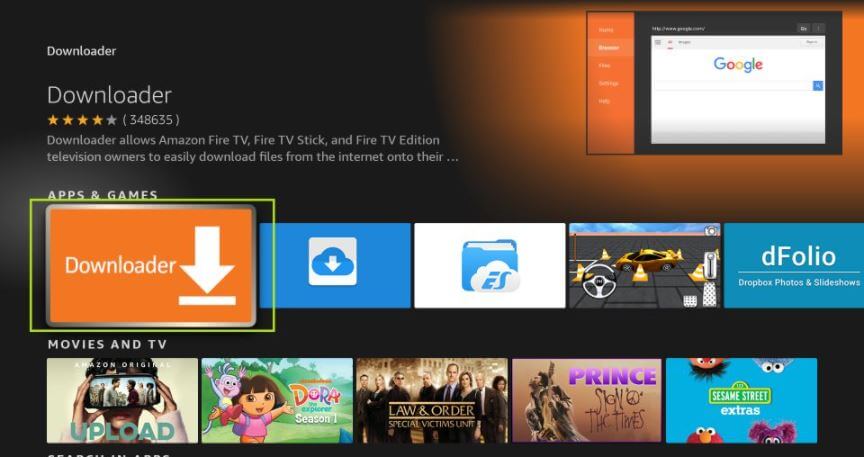 Step 8: Enter the ExpressVPN apk URL in the URL field and click on Go. 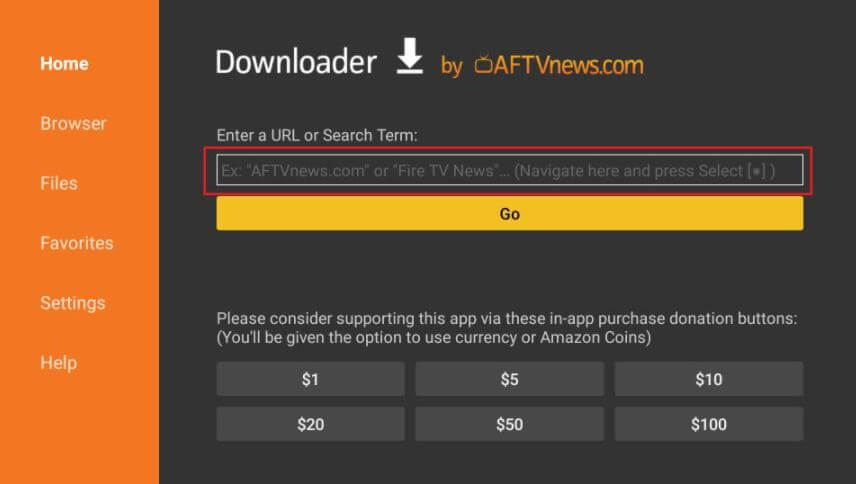 Step 9: Once the downloading completes, install the apk file on your Firestick. 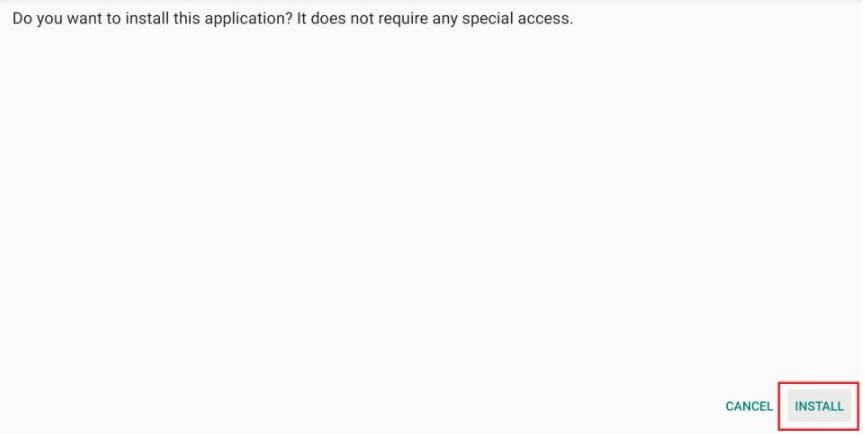 Step 11: Select a location server and connect to the VPN. 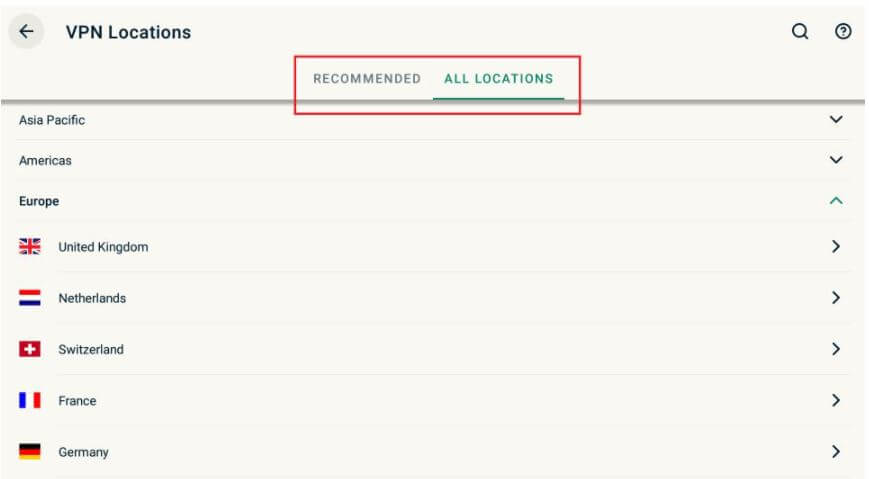 How to Install ExpressVPN On Firestick Using MediaStreamer?

MediaStreamer is a smart DNS feature offered by ExpressVPN. It’s included in all the subscriptions plans of ExpressVPN. MediaStreamer will let you geo-spoof your location but it will not encrypt your traffic.

This means if you’re not up for anonymity and just want to stream geo-restricted content by changing your region then ExpressVPN’s MediaStreamer is a good option.

You will not witness any buffering screens and your streaming experience will be magical.

Here’s how you can set up ExpressVPN MediaStreamer on your Firestick device.

Step 3: Under the My Subscription tab, click on Set Up ExpressVPN.

Step 6: On your Firestick, go to the Settings and navigate to Network.

Step 7: Select your Wi-Fi network and click on Forget.

Step 9: Paste the two MediaStreamer IP addresses from Step 5 in the relevant fields.

How Does Firestick Work With a Smart TV?

Firestick is a media streaming device. It works with all regular or smart TVs. You can use streaming services Netflix, Hulu, HBO Max, Amazon Prime Video, and many more.

All you need to do is plug in the Firestick to your TV’s HDMI port. You have to provide power to the Firestick device via a USB or a power cable.

How to Use ExpressVPN Kill Switch On Firestick?

ExpressVPN’s kill switch is called Network Lock or Network Protection. It covers your back when your VPN crashes out of nowhere. It disconnects your internet to keep your IP address secure. Then the internet connection is restored when the VPN is up and running.

Enabling the Network Protection feature is easy and here’s how you can do it.

Step 1: Launch the ExpressVPN app and go to Options. 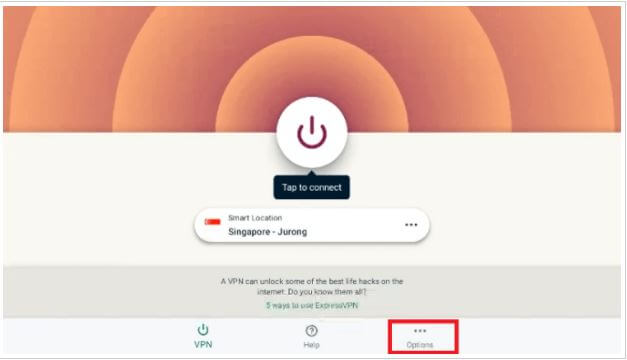 Step 2: Navigate to the Settings. 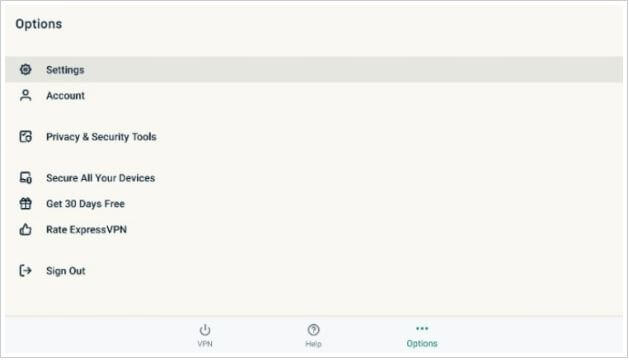 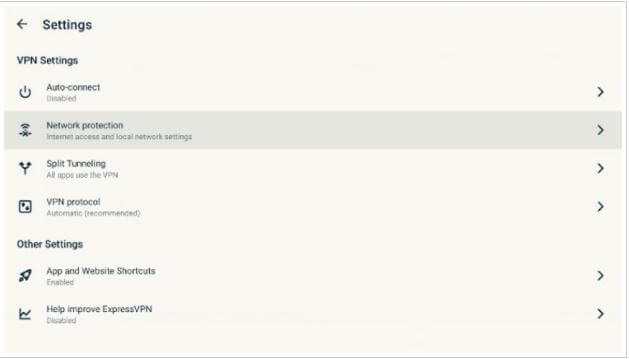 Step 4: Turn on the toggle button for the option “Block internet when enable to connect or reconnect to VPN“. 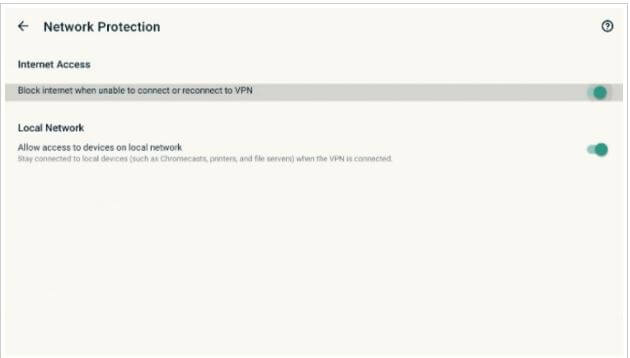 That’s it. Your online identity is secure now, even if your VPN drops.

Bypassing Geo-Restrictions On Firestick With ExpressVPN

ExpressVPN has made its way among the top-tier VPN providers worldwide. It has a count of more than 3000 servers in 94 different countries.

Streaming devices like Firestick or Fire TV cannot run native VPN apps. You have to either sideload a VPN or directly install a VPN on your router to bypass geo-restrictions and stream geo-blocked content.

With a VPN you can change your Netflix region and access different region libraries to enjoy blockbuster movies and TV shows.

You can even unblock streaming platforms that only work in specific countries, like HBO Max and Hulu. Shows like Runaways, Prison Break, and Game of Thrones are a few of the many amazing TV series that are available on these platforms. And to access these streaming giants, you just have to change your location to the United States.

Can I Run Android Apps On Firestick?

Yes. You can run Android apps on Firestick or Fire TV by sideloading an apk file.

You see, Firestick runs on the operating system called Fire OS, which is a fork of Android. This means if an app is running on Android, then it can run on Firestick too. That’s why the Android apk file of ExpressVPN works on your Fire TV.

You can say that Fire OS is basically Amazon’s version of Android.

Why Should I Choose ExpressVPN For Firestick?

There are many VPN providers in the industry so why you should choose ExpressVPN for your Firestick device? Well, the game depends on the quality of service that ExpressVPN provides to its users.

Here are some of the reasons to choose ExpressVPN for your Firestick.

ExpressVPN is one of the top VPNs known for its speed and uninterrupted connection.

Ordinary VPN providers face the issue of speed as they offer a few VPN servers which often get crowded when many users connect at the same time. And when the server takes that load, your activities have to face a delay.

However, ExpressVPN has more than 3000 servers spread across 94 countries. This means you will not experience any decrease in the speed of your connection. And even if you do, you have plenty of other servers as an alternative option.

ExpressVPN has proved to be one of the most successful VPN providers to unblock major streaming platforms like Netflix, Hulu, HBO Max, Amazon Prime Video, BBC IPlayer, Disney+, and many more.

And if you just want to stream movies without encrypting your traffic, you can use ExpressVPN’s MediaStreamer feature. It is a DNS proxy specially designed for streaming services.

Streaming with ExpressVPN will make you forget what a buffering screen is.

Although ExpressVPN works great on streaming platforms, a VPN’s primary job is to keep you secure on the open web.

ExpressVPN uses all the advanced techniques such as the 256-bit encryption method to encrypt your sensitive information. You can use the Lightway or OpenVPN protocol to keep the hackers away.

ExpressVPN runs its servers on a volatile memory to make sure the user’s data is not tracked and it also has a strict no-log policy to keep their customers assured that their data is not logged.

ExpressVPN has an easy-to-navigate environment. You can easily connect to a VPN server in less than 3 seconds!

The ExpressVPN app lets you connect to the default server with just a click of a button.

It automatically finds the best match based on the nearest and fastest server and connects you to it. You can also connect to your preferred location server by taping the Location button. 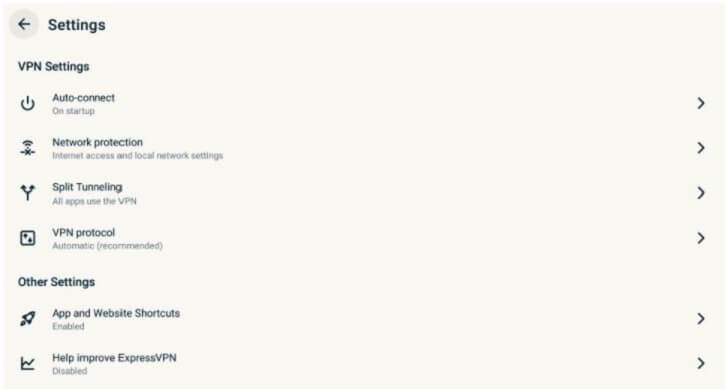 ExpressVPN offers some useful features like a kill switch, split-tunneling, and auto-connect. You can customize the features and use them in your own style. Here’s how you can do it.

Auto-Connect: The Auto-Connect feature when enabled, connects you automatically to the previously connected VPN server when you turn on your Firestick device.

Network Protection: It is the kill switch tool of ExpressVPN. A kill switch terminates your internet connection when your VPN drops because of any reason. It makes sure you don’t expose your online identity accidentally on the web. When your VPN connection is restored, it works again in the normal flow.

VPN Protocol: VPN protocols are a set of rules which instruct your traffic on how to route. If you’ve selected Automatic, the VPN app will select the best protocol based on your internet connection. However, you can select your preferred VPN protocol between PPTP, SSTP, L2TP/IPsec, or OpenVPN.

To know more about other VPN providers, visit our detailed review guides of NordVPN & Surfshark VPN.

Can streaming platforms know that I'm using a VPN?

Streaming platforms can detect you’re using a VPN if the VPN server you’re using has been blacklisted before by the streaming service.

Do I have to pay on monthly basis for Firestick?

No. Firestick is a media streaming device. You just have to pay the purchasing fee for the first time and that’s it.

Can I watch live TV on Firestick?

You cannot use Firestick as your normal TV but yes, you can use apps that offer live TV facilities to the customers, like Kodi.

What is the MediaStreamer feature offered by ExpressVPN?

The MediaStreamer feature is a DNS proxy service that lets you access different region libraries of streaming platforms. It’s an amazing feature if you’re just looking to watch geo-restricted content without encrypting your internet traffic.

Why should I choose ExpressVPN for Netflix?

ExpressVPN offers a decent amount of location servers so you can have access to maximum Netflix libraries. Also, ExpressVPN works great on major streaming platforms, so you will not get bugged by that annoying buffering screen again and again.

Check out the ExpressVPN guides for:

By now you should know how to install ExpressVPN on Firestick. The drill is simple. If you see the ExpressVPN app on Amazon App Store, carry on with the regular procedure. But if you don’t, sideload an apk file.

And if for some reason both of these methods fail, then go with the third option and take advantage of the MediaStreamer feature.

Although it’s not recommended as MediaStreamer doesn’t encrypt your traffic, it just geo-spoofs your location so the effective solution would be to install ExpressVPN directly on your router.