How to Install ExpressVPN On Apple TV? [Guide April 2022] 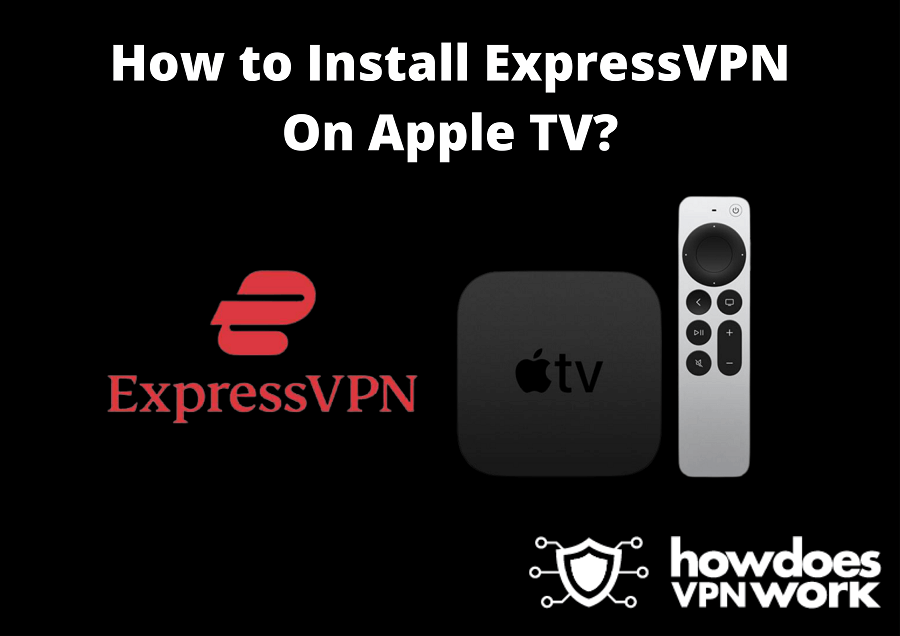 Watching your favorite movie in a cozy blanket in front of your Apple TV is a worthwhile experience. But sadly, you won’t be able to stream your favorite content if it’s geo-blocked in your region.

But pairing your Apple TV with a reliable VPN can give you access to the geo-restricted content on streaming platforms. You can unlock different region libraries with ExpressVPN’s wide range of VPN servers.

Also, experiencing a blockbuster movie with no buffering screens to annoy you is an indescribable feeling.

So keep on reading to know how you can install ExpressVPN on Apple TV and bypass geo-restrictions on streaming platforms.

To know more about ExpressVPN, visit our detailed guide: How Does ExpressVPN Work.

Short on time? Here’s a Short Summary of How to Install ExpressVPN On Apple TV.

How to Install ExpressVPN On Apple TV?

You can install ExpressVPN on Apple TV in four ways.

1. How to Install ExpressVPN On Apple TV Using AirPlay? 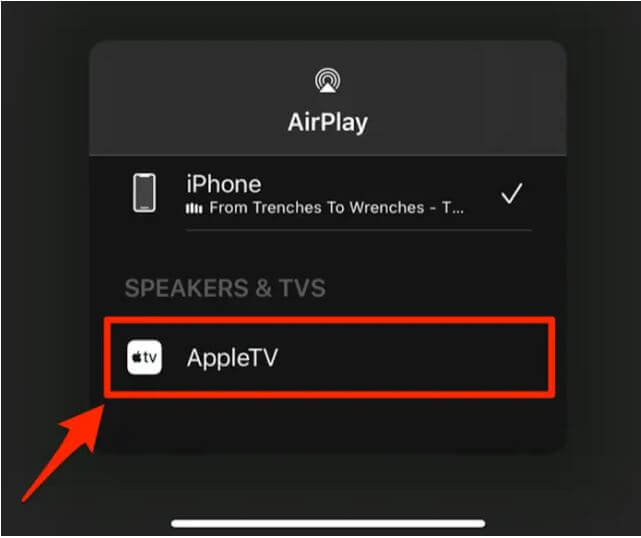 It is advised to not use an Android phone as a casting device to your Apple TV as the result will not be up to the mark.

If you’re on point with all this setup, here’s how you can install ExpressVPN on Apple TV using AirPlay.

Step 1: Get a VPN subscription from ExpressVPN.

Step 2: Turn on your Apple TV and iPhone/Mac. Connect them to the same Wi-Fi network.

Step 4: Choose a location server and connect to the VPN.

Step 6: Find the AirPlay icon on your screen and tap on it.

Step 7: Find your Apple TV and connect your iPhone/Mac to it.

Now you can see the Netflix content of your iPhone or Mac on the big screen. Enjoy!

2. How to Install ExpressVPN’s MediaStreamer On Apple TV? 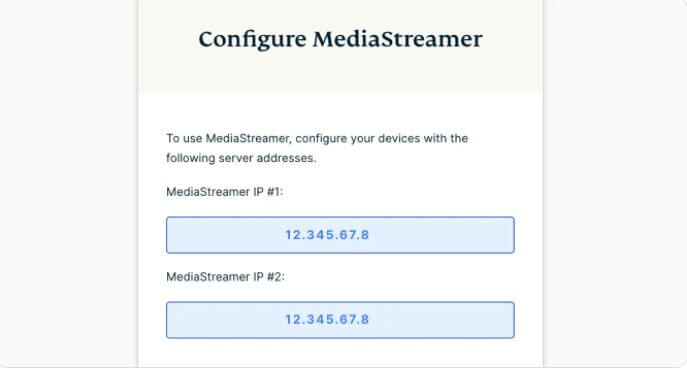 ExpressVPN’s MediaStreamer is a DNS proxy feature that lets you geo-spoof your location so you can watch region-restricted movies and TV shows on streaming platforms like Netflix, Hulu, BBC IPlayer, etc.

It doesn’t encrypt your traffic or anonymize your online identity, it just changes your location. So only go for this option if you don’t mind being open on the web.

MediaStreamer is a feature specially built for streaming. It gives you an interruption-free streaming experience, eliminating the chances of those annoying buffering screens staring at you.

Here’s how you can install MediaStreamer on Apple TV.

Step 3: Head to the DNS Settings.

Step 5: Go back to the ExpressVPN dashboard and head to Set Up Devices.

Step 6: You’ll see a list of devices, select yours, which is Apple TV. Your DNS MediaStreamer IP addresses will appear on the screen. Keep this tab open, we’ll need these IPs later.

Step 7: On your Apple TV, go to the Settings and then head to Network. Navigate to Wi-Fi and find your Wi-Fi connection.

Step 9: Paste the two MediaStreamer IP addresses from Step 6 in the correct slots.

Step 11: Restart your Apple TV to apply the settings.

Now you can stream geo-blocked streaming services or content on your Apple TV.

3. How to Install ExpressVPN On Apple TV By Creating a Virtual Router? 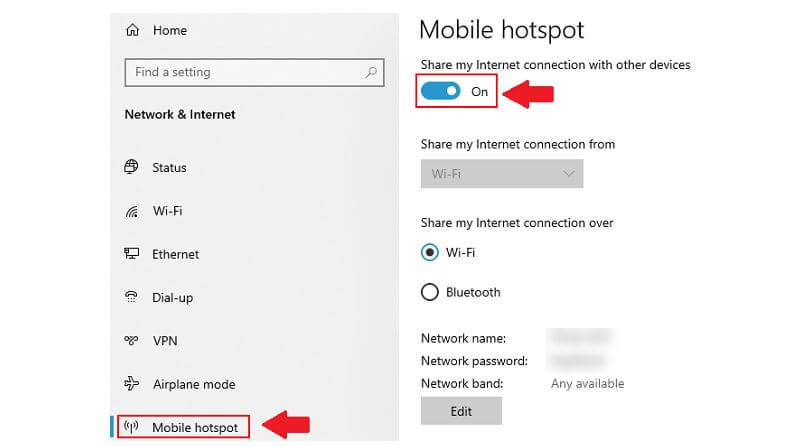 You can create a virtual router on your Windows computer. What we’ll do, we’ll connect to an ExpressVPN server on the Windows PC and then connect the Apple TV to this VPN-protected computer.

Here’s how you can do it.

Step 2: On your Windows computer, go to the Settings and head to Network & Internet.

Step 5: Click on Change Adapter Options on the right panel.

Step 6: Find the connection that says ExpressVPN TAP Adapter. Right-click on it and click on Properties.

Step 7: Head to the Sharing tab and tick the box with the label “Allow other network users to connect through this computer’s internet connection“.

Step 9: Launch the ExpressVPN app and connect to the VPN.

Step 10: You’ve successfully set up the connection. On your Apple TV, go to Wi-Fi and connect to the network that you just created.

Note: You need to keep your PC running in order to use ExpressVPN on your Apple TV. The minute you turn off your computer, the connection will be lost. So if you’re looking for a more stable option, go with the next method of installing a VPN on your router.

4. How to Install ExpressVPN On Apple TV Via Router? 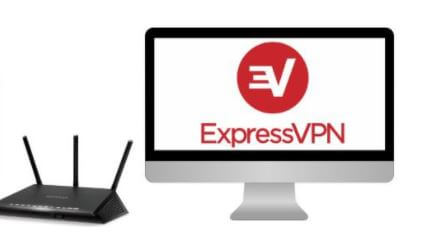 A VPN router covers all the devices that are connected to your Wi-Fi network. Even devices that have no support for native VPN apps like Roku and Firestick are secured with a VPN tunnel.

ExpressVPN offers a limit of 5 simultaneous connections. But if you install ExpressVPN on your router, it only counts as one.

You can easily create your VPN but first, you have to check if your router has VPN capabilities. The best way to check is to go to your router’s admin panel.

If you can find the VPN tab, then your router can host a VPN server. If not, then you’ll have to flash your router’s firmware version. By flashing, you’ll be basically formatting the operating system of your router to enable to VPN feature.

But it is a risky process so you have to carry out everything with care and good research. Because if you mess up during the process, it can damage your router’s normal functionality.

To know the step-by-step process, check out our dedicated guide on how to install ExpressVPN on a router.

However, if you don’t want to flash your router on your own, you can always purchase a pre-flashed router from FlashRouters.

Why You Should Install ExpressVPN On Apple TV?

ExpressVPN provides all the necessary services and features that can make your life easier. It’s the perfect choice for your Apple TV. Being one of the consistent VPNs worldwide, ExpressVPN keeps on reserving its spot in the top five.

Here’s why you should install ExpressVPN on Apple TV.

ExpressVPN uses advanced techniques like the 256-bit encryption method and it offers all the modern VPN protocols like OpenVPN or IKEv2/IPsec. Moreover, it also has its own protocol named Lightway which is super secure.

So while you’re streaming your favorite movie on Apple TV, you don’t have to worry about your online identity being compromised as ExpressVPN has got your back.

You can change your Netflix region in a snap of a finger and watch your favorite shows with ease. But keep in mind that MediaStreamer only changes your location, it doesn’t encrypt your online traffic. So if you’re okay with this, only then go for this option.

ExpressVPN is the only VPN provider among other top-tier VPNs that provides a dedicated router app. You can easily install a VPN on your router.

This helps you in many ways, first, all the devices that are connected to your Wi-Fi network are covered with a VPN connection.

Second, devices that have no support for native VPN apps are also backed by the VPN tunnel.

And the most amazing thing, ExpressVPN allows five simultaneous connections, which means you can only use five devices at the same time with a single ExpressVPN subscription plan, but if you install a VPN on your router, it only counts as one!

ExpressVPN has a pool of approximately 3000+ VPN servers spread across 94 countries. And they are effective on all renowned streaming platforms. You can unlock as many as 19 Netflix libraries with ExpressVPN servers.

Compatible For Every Device

ExpressVPN has the compatibility to work on all major platforms including Windows, iPhone, Mac, Android, and even Linux.

And if you install ExpressVPN on your iPhone or Mac, you can easily play the content of your mobile device or Mac PC on your Apple TV via AirPlay.

Why Is ExpressVPN Not Working With Apple TV?

ExpressVPN is not working if you experience any of the scenarios below.

These can happen for a lot of reasons. To perform the troubleshooting process, try these techniques.

Is there a monthly fee for Apple TV?

No. Apple TV is a media streaming device that you have to pay for the time you purchase it. However, Apple TV+ is a streaming service that has a monthly subscription fee of $5. You can watch all Apple originals on Apple TV+. And if you buy the Apple TV device, you get three months of free streaming on Apple TV+

Does ExpressVPN work with Apple TV?

Why is ExpressVPN not working with Apple TV?

Try restarting your Apple TV and ExpressVPN connection. If it still doesn’t solve the problem, try re-registering your MediaStreamer IP address by visiting the DNS Settings section on the ExpressVPN website.

Apple TV does not have the capability to run native VPN apps. Instead, you have to try other ways like using AirPlay, creating a virtual router, or using the MediaStreamer feature of ExpressVPN.

How long does it take to set up Apple TV?

Apple TV only takes about 2 to 3 minutes to set up.

By now you should know how to install ExpressVPN on Apple TV. The most effective is to install a VPN on a router or use the AirPlay method. But if you don’t want to put yourself into hassle or use other devices to play content on your Apple TV, try the MediaStreamer feature. It works great with streaming platforms, but you have to be okay with this option not encrypting your traffic and just geo-spoofing your region.