How to Install a VPN On Kodi in Less than 3 Minutes? 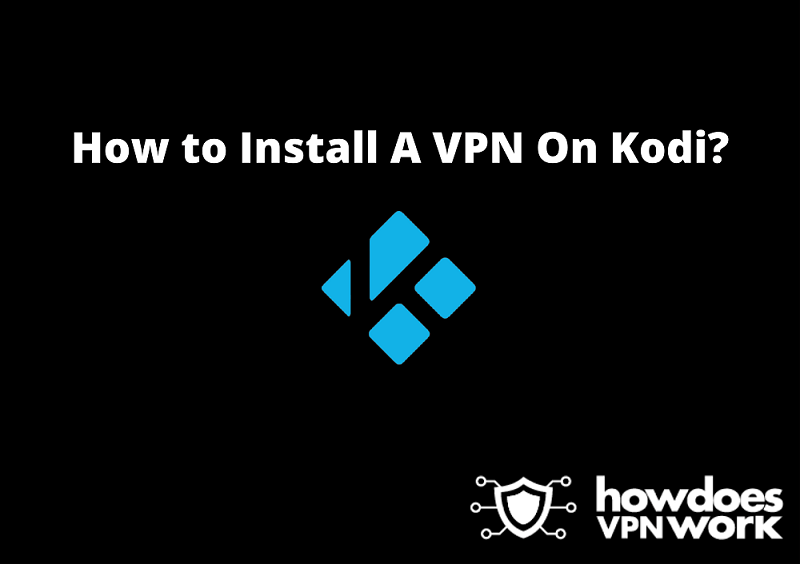 In this guide, we’ll tell you how to install a VPN on Kodi from which you can have access to all your favorite geo-blocked services and streaming platforms.

Kodi is the entertainment center of all kinds of activities, including movies, music, games, and TV shows. With a combination of a user-friendly interface and easily accessible programs, it can provide you with the best experience on your wall-mounted or hand-held device.

But you can enhance that experience if you know how to use a VPN. It’s like unlocking a hidden feature. Using a VPN on Kodi has multiple advantages.

The first and foremost is that you can bypass geo-restrictions and have access to the content that’s unavailable in your region.

The second is that you can stream anything with maximized security as your traffic is passing through a VPN server so hackers will not be able to exploit your personal data or initiate attacks of any kind.

And lastly, your internet service provider (ISP) or any other third party trying to spy on your online activities will be unable to do so as your traffic is being encrypted by the VPN server.

Enough with the visions and let’s see how we can install a VPN on Kodi.

Short on time? Here’s a Short Summary of How to Install a VPN On Kodi.

How to Install a VPN On Kodi? 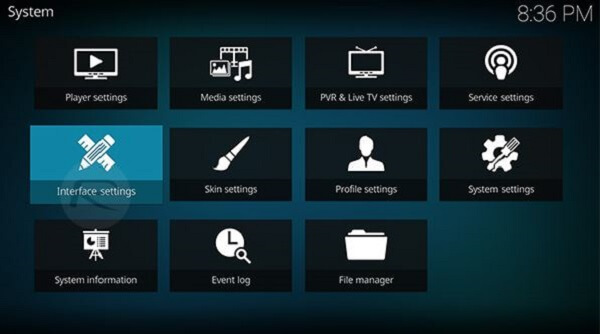 You can install a VPN on Kodi in three ways. Number one, download and install the VPN app on your device. Number two, use the built-in Kodi VPN add-on. Number three, directly set up a VPN on your router from which the devices that have no support for VPN apps are also covered.

How to Install a VPN On Kodi Using VPN App. 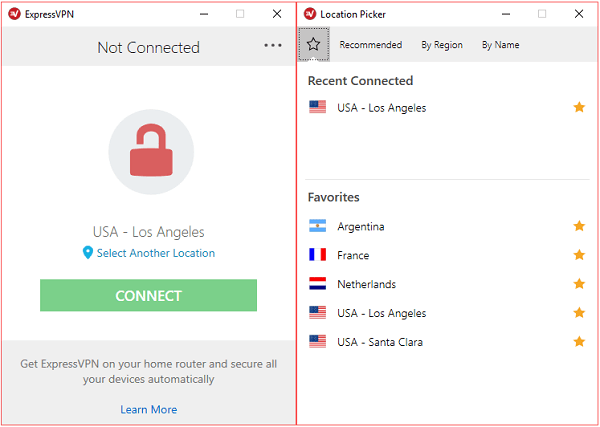 This is by far the simplest way to install a VPN on Kodi and stream your favorite movies securely. All you need to do is sign up for a reliable VPN provider and download the VPN app on your device. Here’s how to do it.

How to Install a VPN On Kodi Using Kodi Add-On. 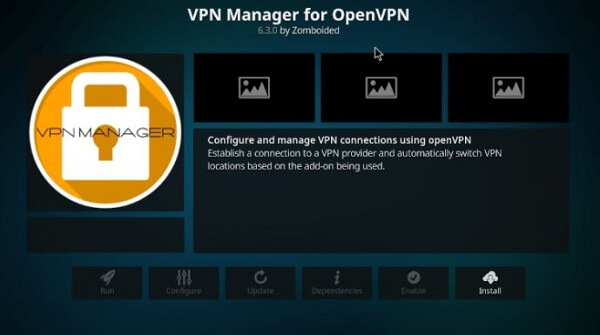 The second way to install a VPN on Kodi is to use the built-in Kodi Add-on. You’ll need to download the ZIP file of Zomboided which is the VPN Manager for OpenVPN. Download it from GitHub and import it as an addon in Kodi. Here’s how you can do it.

How to Install a VPN On Kodi Through a Router. 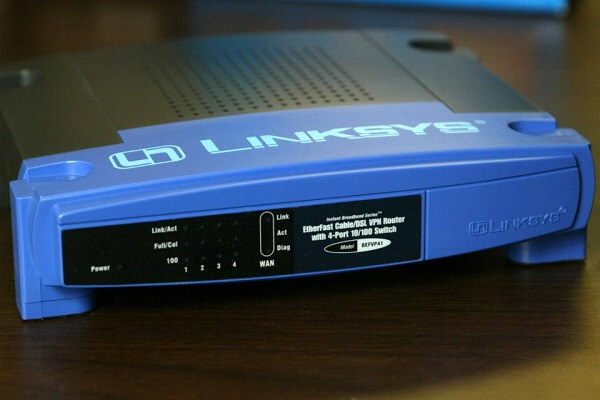 This way is a little tech-savvy. But if you install a VPN on your router, you’ll cover all the devices of your household, even those that have no support for native VPN apps.

You can install a VPN easily if your router has VPN functionalities. But if not, then you’ll need to flash your router. By flashing, you’re simply formatting the operating system of your router and enabling the VPN feature.

It’s a risky process. If you mess up mid-process then it can damage your router so do your research first.

Here is our detailed guide on how to install a VPN on a router with step-by-step guidelines for all major routers.

How to Install a VPN & Kodi On Different Devices?

No matter which operating system you’re using, you can set up a VPN on Windows, Mac, Android, or iOS in less than 3 minutes. Let’s dig deeper and see how we can install a VPN on different devices for Kodi.

How to Install a VPN For Kodi On Computer? [Windows & Mac]

Installing a VPN for Kodi on your computer is very easy. Follow the steps:

How to Install a VPN For Kodi On Phone? [Android & iOS]

For Kodi to work on your iOS device, you a need Jailbroken iDevice with iOS 6.0 or higher.

How to Install Kodi On Roku?

Roku doesn’t support Kodi nor does it have built-in support for native VPN apps. However, you can use Kodi with Roku through the screen mirroring option of a Windows or Android device.

How to Install a VPN For Kodi On Smart TV? [LG TV, Sony, Samsung, etc.]

If your smart TV has Google Play Store in it then you’re in luck. Follow the steps to install Kodi on your smart TV.

If you don’t have Google Play Store on your smart TV then use a streaming device like Roku, Firestick, or Chromecast.

How to Install a VPN For Kodi On Amazon Fire Stick?

For more information, check out our detailed guide: How to Install a VPN on Almost Any Device.

Why Use A VPN On Kodi?

There are many reasons why you should use a VPN on Kodi.

Maximizing Security. Hackers are always on the loose to catch their prey on the internet. And if your original IP address is tracked then your personal information can be a target. With a VPN, your data is encrypted and it travels through a secure tunnel so no one can exploit your personal data.

Eliminates Tracking. Your internet service provider or government authorities can track your browsing activity if you’re surfing with your real IP address. Moreover, you can be a victim of dynamic pricing if you shop online with your original IP address. But when you use a VPN, an additional layer of security shields your online identity by assigning you a fake IP address. This way, third parties are unable to track you.

How to Choose a VPN For Kodi?

For Kodi or not, you should always choose a VPN that provides the best service overall. These are the primary factors that a VPN should have.

Servers. A VPN with a good pool of servers that too can unlock famous streaming platforms is a green sign. Look out for a VPN provider that offers servers for major regions of the world. This way you’ll be able to stream the content which is geo-restricted in your region.

Speed. This is an important factor when it comes to streaming. Nobody likes a buffering screen staring at their face. Sign up for a VPN provider that is tested and reviewed by third parties. A more effective way is to test the VPN service yourself by taking advantage of the 30-day money-back guarantee offer or the free trial. And if you’re using a VPN just to secure your connection then connect to the nearest location. In fact, you can connect to your own region if you’re not looking to beat geo-restrictions.

Additional Features. A VPN service that offers a pack of useful features is better than the one not offering any. Most reliable VPN providers offer features like a Kill Switch which disables your internet in case the VPN crashes accidentally. The double VPN feature lets you pass your traffic through two VPN servers. A split-tunneling feature lets you bypass the VPN connection for some apps and Onion over VPN lets you pass your traffic through Tor and a VPN server to maximize your security.

Compatible Devices. It can be pretty hectic to know that the VPN you signed up for doesn’t support the devices that you use. So make sure you opt for a reliable VPN service that covers major devices and operating systems.

Security. The primary job of a VPN is to encrypt your traffic and keep your online identity safe from falling into wrong hands. Keep in check that your VPN service has a 256-bit encryption method and offers advanced protocols like OpenVPN and IKEv2/IPsec.

A VPN is a powerful tool that lets you pass your online traffic through a secure tunnel.

When you access the internet with your original IP address, the chances of your data getting hacked are vital. Modern-day practices like phishing, ransomware, and malware can target your data and you may end up losing or leaking your important files.

With a VPN, your original identity is shielded by an additional layer of security and your actual location is geo-spoofed. A VPN server assigns you a fake IP address when you surf on the internet so even if your IP address is compromised, the hacker cannot track you to your location.

Even your ISP or government bodies are unable to monitor or track your online activities when your traffic is traveling through a VPN server before reaching the destination page.

A trusted VPN can cost you around $12 for a month but you can still save if you go for longer-term plans. Here are some of the best players in the VPN industry for Kodi.

ExpressVPN is based in the British Virgin Islands. It has a dedicated router app and a feature specifically for streamers which is called the MediaStreamer.

It has a server count of 3000 servers in 160 VPN locations. ExpressVPN works on all major devices and operating systems including Windows, Linux, Android, Mac, and iOS.

NordVPN is registered in Panama because of which it is outside of the jurisdiction of the 14 eyes. It offers an amazing pool of servers with a total of 5600 servers in 59 countries.

It offers additional features like DoubleVPN, Kill Switch, and Onion Over VPN. NordVPN has an active 30-day money-back guarantee offer and you can get a refund anytime in this duration if you’re not satisfied with their services.

Surfshark is also based in the British Virgin Islands and is considered the most featured-pack VPN service. It beats all of its competitors in the area of simultaneous connections. You can connect as many devices as you want at the same time with a single Surfshark subscription plan.

It has a server count of 3200 in 65 countries and it unlocks major streaming services including fuboTV, SlingTV, Netflix, and Amazon Prime Video.

Using a VPN is not illegal in the United States. And it is not illegal in most countries except for some like China, Russia, or North Korea. So check the policy of a country for VPN services before using it to avoid getting into any trouble.

What is the easiest way to set up a VPN connection for Kodi?

The easiest way to set up a VPN connection for Kodi is to install a VPN app on your device. But your VPN provider must be compatible with the device you’re using. Then all you need to do is launch your VPN, connect to a VPN server, and start Kodi.

Why do I need a VPN for Kodi?

Although Kodi will work just fine without a VPN, a VPN can unlock more regions for you so you can have access to different libraries of streaming platforms which means that you can even watch content that was geo-restricted before.

What is the best VPN for Kodi?

The best VPN for Kodi is NordVPN. It has a pool of 5600 servers in 59 countries and it offers many features that can come in handy.

Is it safe if I use a VPN on Kodi?

It is safe as long as you use a reliable VPN like NordVPN, ExpressVPN, or Surfshark. These VPN services provide military-grade encryptions so you’ll be secure while streaming on Kodi.

Is it possible to install a VPN on my Smart TV for Kodi?

Yes, it is. As long as your smart TV has Google Play Store, you can easily download your VPN provider’s app and Kodi app. Then just sign in with your VPN account and launch Kodi to enjoy streaming your favorite shows.

Although Kodi is the universal program for all your entertainment needs, you have still not achieved its full potential if you’re not using a VPN on it. A VPN will let you bypass all the geo-restrictions, escape the evil plots of hackers, and eliminate third parties like your ISP and government agencies that have the power to monitor or track your activities.