How to Install A VPN On iPhone? (Easy Guide for iOS Users) 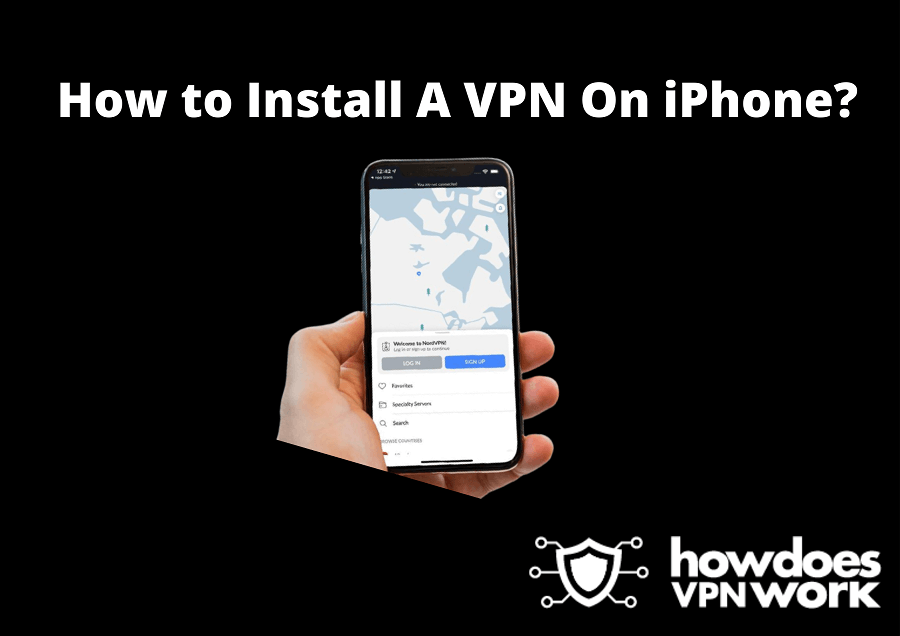 Browsing the internet with your original identity can be a risky practice as your IP address is public to anyone trying to steal your private information.

In this guide, we will tell you how to install a VPN on iPhone or iPad

Cyber threats like malware, ransomware, or phishing can easily find your iPhone device if you’re going commando on the web. And the only way to escape these is to hide behind a layer of additional security.

And to do that, you need a VPN. A virtual private network can encrypt your incoming or outgoing traffic while you surf the internet. It eliminates third parties trying to monitor or interfere in your activities in any way.

So let’s see how you can install a VPN on your iPhone or any other iOS device in less than 5 minutes.

Short on time? Here’s a Short Summary of How to Install a VPN On iPhone.

How to Install a VPN On iPhone or iPad?

You can install a VPN on your iPhone or iPad in two ways:

We’ll walk you through both methods. By the end of this guide, you’ll be able to install a VPN in a hassle-free way.

The easiest way to install a VPN on your iOS device is to get a VPN subscription to a reliable VPN service. If you don’t know how to use a VPN, check our detailed guide with step-by-step guidelines.

After signing up for a VPN service, download and install the VPN app from App Store. Launch the app and sign in with your VPN credentials.

After that, you’ll be asked to give the app automatic configuration access. Tap “Allow” and complete the necessary verification steps which can either be your password, Face ID, or fingerprint.

When the VPN settings are complete, you can connect it anytime without accessing the VPN app. 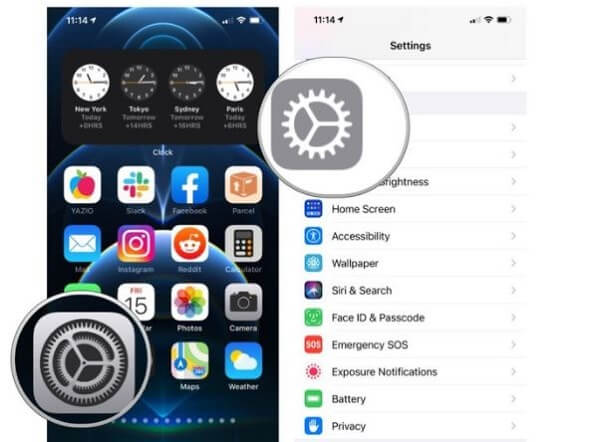 And if you want to turn off the VPN, follow the same steps and toggle the switch button to Off.

How to Manually Install a VPN On iPhone or iPad?

After signing up for a VPN service, you’ll get your login credentials by email. You’ll need that information to manually install a VPN on your iOS device. 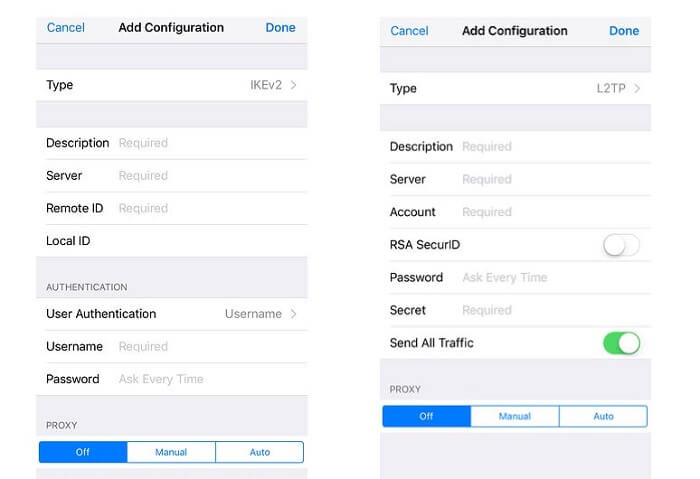 What Is A VPN?

A VPN is a powerful tool that can hide your online identity. It keeps you anonymous on the web and helps you escape hackers and other third parties trying to exploit or monitor your private information.

But how does a VPN work? Well, it simply creates a secure tunnel between a user and a VPN server. Every activity of the user travels through this encrypted tunnel which geo-spoofs the user’s location, which helps in accessing geo-restricted websites.

What Are The Benefits of Using a VPN?

Initially, VPNs were used by companies to facilitate remote employees so that they can have access to the company resources and central network. However, in today’s world, VPNs are all about security and anonymity.

ExpressVPN, NordVPN, and Surfshark are some of the big players in the VPN industry providing their services worldwide.

The benefits of VPNs are uncountable. And if you’re using a VPN while surfing the open web, the chances of your data getting attacked by malicious activities are less. Here are some of the primary benefits of using a VPN.

With cybercrime at its peak, connecting to the public wi-fi network of an airport or a coffee house can be dangerous. What’s even the guarantee that the wi-fi network is legit?

It can be a clone network created by a hacker to steal your private information like credit card info or login credentials.

But if you’re using a VPN, you can easily avoid this problem as a VPN protects your original IP address by shielding it with a fake one.

It assigns you a bogus IP address so even if you’re tracked by any entity, they cannot track you back to your location.

Online stores have made shopping convenient and flexible. You can get any item at your doorstep by just ordering it from a mobile phone with an internet connection. And you can do all of this by just laying on your couch.

But do you know that your shopping behavior is being tracked by websites? Yes, that’s true. E-Stores build profiles of customers based on their shopping activity and charge according to it.

Moreover, an item can be a lot cheaper in some other region than your own region which is known as dynamic pricing.

But when you use a VPN, you can trick these techniques and make a handsome purchase by geo-spoofing your location.

Even though some movies are available on streaming platforms like Netflix or Amazon Prime Video, you still wouldn’t be able to stream those as they’re geo-restricted.

Each region has a different library of content and the reason is that streaming platforms and studios are in licensing terms that their content should be visible to a limited set of audience – a technique to recover the production investment.

But when you use a VPN, you make the streaming platform think that you’re from some other region which gives you access to the geo-restricted movies and TV shows.

If you want to know how you can do that, visit our detailed guide: How to Change Netflix Region

Do iPhones have built-in VPN feature?

Yes. You can create and manage your VPN profile on your iPhone device with your customized settings. You can choose your preferred VPN protocol and connect anytime without launching the VPN app.

Why should I use a VPN on my iPhone?

The primary reason for using a VPN on any device is to keep your online identity safe and anonymous from prying eyes. If your IP address is exposed on the web then you can be a target of multiple malicious practices like ransomware, phishing, or malware.

What is a VPN kill switch?

A VPN kill switch is an additional feature provided by VPN services. It terminates your internet connection whenever your VPN connection is dropped accidentally. This makes sure that you don’t expose your online identity while your VPN is down.

Using a VPN is legal in most countries. However, some countries including North Korea, China, and Turkey have banned the use of VPN services. So if you’re in one of these countries then it’s better to check the policies first to avoid getting into any trouble.

What quality to find in a VPN service for streaming Netflix?

A VPN service with a large pool of servers is an ideal choice for Netflix streaming. But make sure you test the servers before purchasing by enrolling in the free trial period or taking advantage of the 30-day money-back guarantee offer.

The convenient way to geo-spoof your online identity is by using a third-party VPN service. But the catch is to sign up for a reliable VPN service. And if you’re not sure then you can read the reviews or test the VPN service yourself. Most VPN providers offer a 30-day money-back guarantee, take advantage of that while you can.

We hope this guide has helped you learn how to install a VPN on iPhone but if still have any confusion, drop your comments below!