How to Install a VPN On Chromebook? (Easy Guide for 2022) 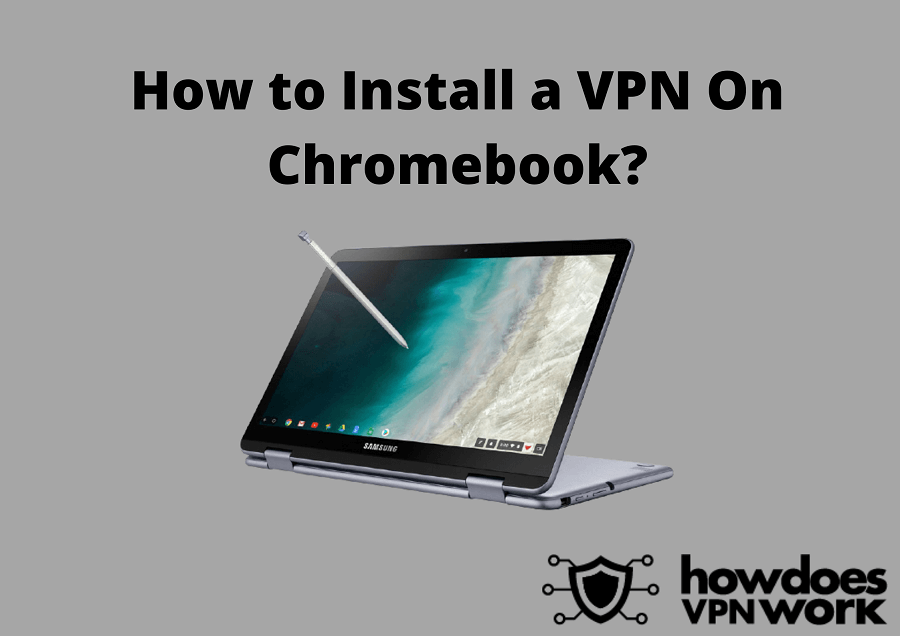 Chromebooks are slowly getting popular day by day because of their pocket-friendly prices and strong battery life.

Looking at Chrome OS, you might think that you will not able to install a VPN on Chromebook just because its operating system is not among the major ones but that’s not the case.

As long as your VPN provider covers Android phones and your Chromebook supports Android apps, you’re good to go!

And don’t worry if your Chromebook doesn’t support Android apps, we have a solution for that too!

In this guide, we will cover how to install a VPN on Chromebook using three different methods. We’ll tell you everything in a step-by-step fashion.

We’ll also tell you why a VPN is necessary for your Chromebook device and which provider is best for your VPN needs.

Short on time? Here’s a Short Summary of How to Install a VPN On Chromebook.

How to Install a VPN On Chromebook?

There are several ways you can install a VPN on Chromebook and it depends on your device.

If your device supports Android apps then you can easily download the VPN app from Google Play Store and connect to a VPN server.

If Google Play Store is missing then use a VPN extension by visiting the Chrome Web Store on your browser.

And if the above-mentioned methods are not amusing, then manually install a VPN on your Chromebook using Chrome OS’ built-in VPN settings.

1. How to Install a VPN On Chromebook Using Chrome Extension?

This method will work on old Chromebook devices also which have no support for Android apps or Google Play Store. Remember that only the activities you do on your Chromebook browser will be covered by a VPN as it’s an extension, not an app.

Here’s how you can install a VPN using the Chrome extension. 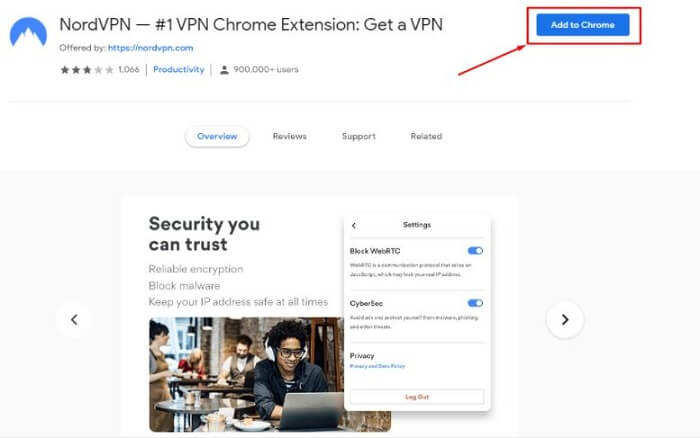 2. How to Install a VPN On Chromebook Using Google Play Store?

Here’s how you can install a VPN on Chromebook using Google Play Store. 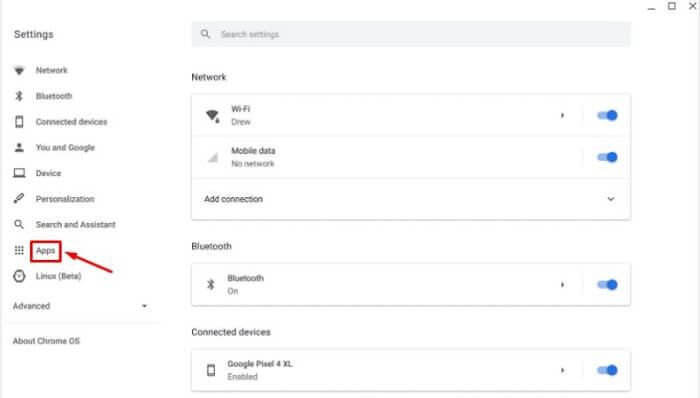 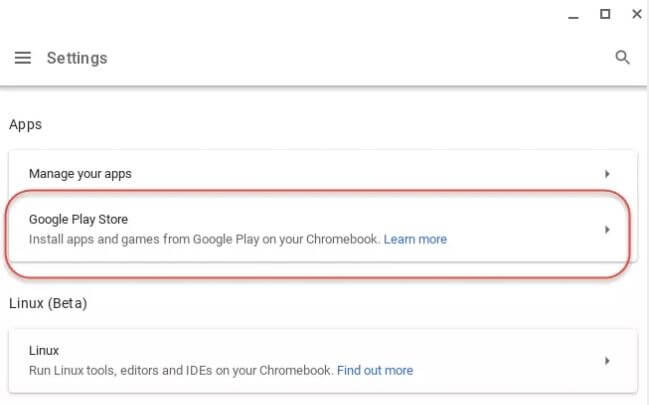 3. How to Install a VPN On Chromebook Using Chrome OS Built-In VPN?

Installing a VPN from the Google Play Store is easy and convenient. But if your Chromebook doesn’t support Android apps then that’s not the end for you. There’s another way.

You can use Chrome OS’ built-in VPN client which uses the L2TP/IPsec protocol. It’s a little more work than just installing an app from Google Play Store but it’s not that hard.

Here’s how you can manually install a VPN on Chromebook using built-in functionalities. 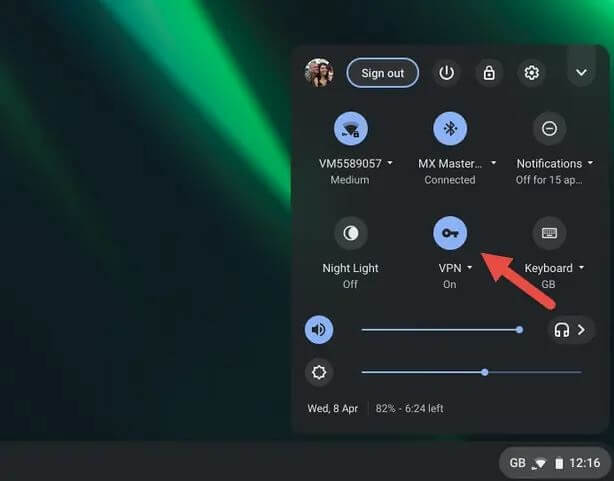 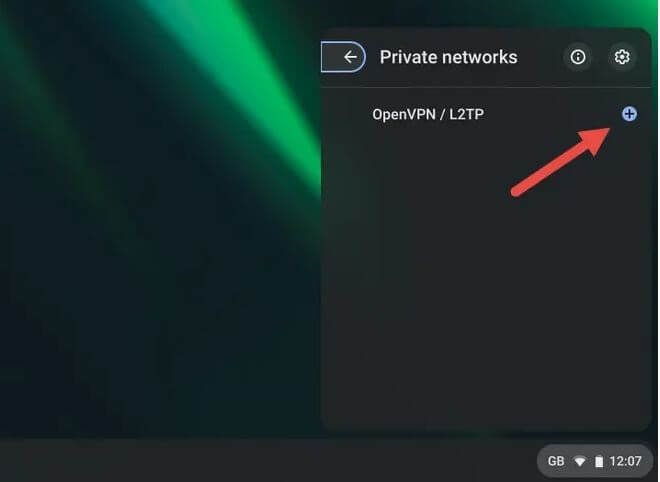 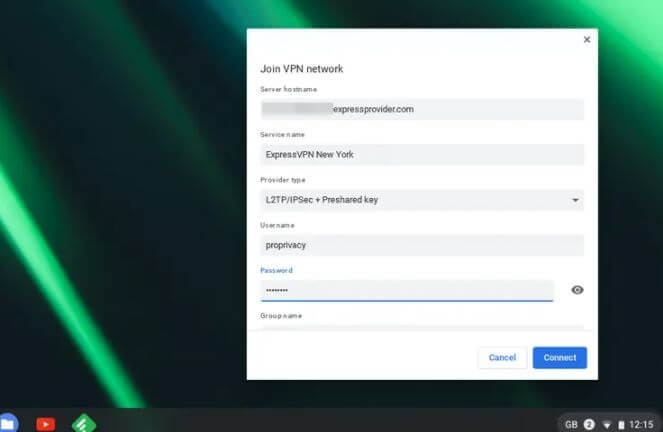 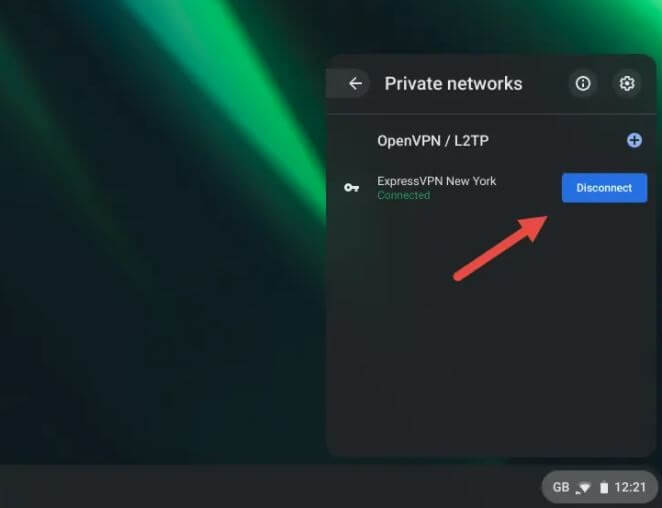 How to Test Your VPN?

If you want to test your VPN using a tool then try ExpressVPN’s DNS Leak Tool or WebRTC Tool. Other than that, you can perform a simple IP Leak Test.

For further information, read our detailed guide: How to Check If VPN Is Working.

What Are The Benefits Of Using a VPN?

A VPN is a powerful tool that keeps you anonymous on the web so you don’t compromise your private data. Using a VPN on your Chromebook has lots of benefits and some of them are listed below.

Streaming Support. A VPN lets you have access to geo-blocked streaming platforms. You can change your Netflix region to watch your favorite movies and TV shows even if the programs are not available in your own region.

Bypass Geo-Restrictions. Some websites only work in specific regions and in order for you to have access to those websites, you have to geo-spoof your location with a VPN.

Escape Dynamic Pricing. Online stores charge customers according to the region they’re living in. You can get an item at a much cheaper price if you change your location with a VPN. Search for a country where the product you are looking for sells cheap and change your VPN location to that region.

Maximized Security. Surfing on the internet with your original IP address can invite threats in your way. Malicious practices like ransomware, malware, and phishing are just around the corner if you’re not using a VPN. A VPN hides your online identity by encrypting your traffic and making sure your private data is safe from hackers.

Protection on Public Wi-Fi. Public Wi-Fi networks of coffee houses and libraries use an older standard security method which is easy to crack. And if you’re connected to that network, a hacker can easily snoop on your private data like your social security number or credit card information. Using a VPN encrypts your data and eliminates the chances of hackers getting their hands on your private information.

If you’re not subscribed to a VPN service yet then we have compiled a list of reliable VPN providers.

ExpressVPN is headquartered in the British Virgin Islands and has been around since 2009. It has the compatibility to run on operating systems including Chromebook’s OS.

You can use 5 devices simultaneously with a single ExpressVPN account. It unlocks major streaming platforms like Netflix, Hulu, HBO Max, Amazon Prime Video, and many more.

It has a strict no-log policy and a 30-day money-back guarantee offer in case you want to test it.

NordVPN is a Panama-based VPN that is outside of the fourteen eyes. It offers plenty of useful features like Kill-Switch, Split-Tunneling, and Onion over VPN.

It has a strict no-log policy too and offers a 30-day money-back guarantee offer.

Surfshark is also headquartered in the British Virgin Islands. It’s not an old player like the other two but it certainly has marked its territory in the VPN market in a short amount of time.

The amazing quality of Surfshark is that there are no limits on simultaneous connections. You can use as many devices as you want at the same time with a single Surfshark plan.

Surfshark offers a double VPN feature called Multi-Hop so you can encrypt your traffic twice. It also has a built-in Kill Switch and a Whitelister tool.

Is it legal to install a VPN on Chromebook?

Yes, it is legal. VPNs are legal in most countries except a few. A good rule of thumb is to always check the VPN policies of the government when you visit another country to avoid trouble.

What operating system does Chromebook have?

Chrome OS is the operating system of Chromebook.

Do VPN services have the compatibility to run on Chrome OS?

If your VPN service has an app for Android phones then you can easily use a VPN on your Chromebook. Just make sure your Chromebook is the latest one and it supports Android apps.

Why should I install a VPN on Chromebook?

Installing a VPN on your Chromebook will eliminate the chances of your private data being compromised. The VPN will keep your real IP address anonymous and safe while you surf on the web.