How to Turn Off VPN On Windows, Mac, Android & iOS 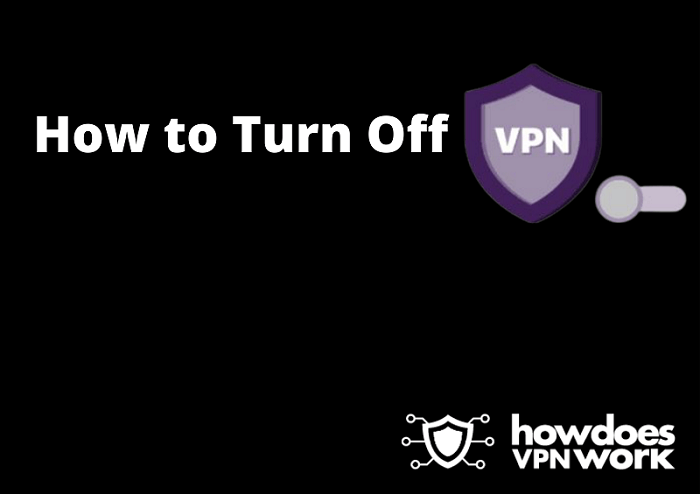 A VPN is an exceptional tool to hide your internet activity, give you access to geo-restricted content on the internet, and geo-spoof your location with just a tap of a button.

But some tasks are impossible when your VPN connection is on. So in this guide, we’ll tell you how to turn off a VPN connection which might be the simplest question to answer.

We’ll also be looking at when you should do it and what can be the alternatives if you don’t want to turn off your VPN. So keep on reading to find out.

Short on time? Here’s a Short Summary of How to Turn Off VPN. 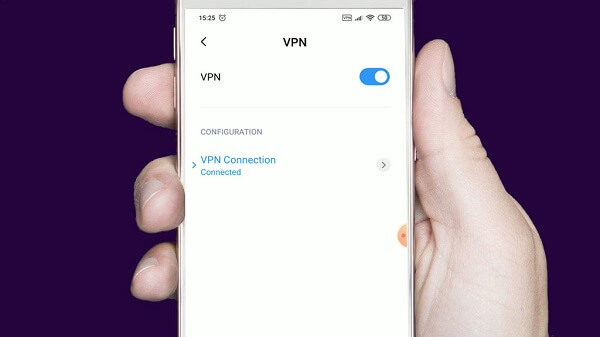 A virtual private network or VPN hides your internet identity when you’re on the web so you don’t get targeted by hackers, eavesdroppers, or other malicious activities.

It shields your real IP address, changes your location, and encrypts your internet traffic so even if attackers get their hands on your data, it would be in gibberish. Only the VPN provider or the user can decrypt it with a key.

To tell you how VPNs work, it establishes a secure bridge between the user’s client device and the VPN server. All the operations that the user performs go through this bridge, eliminating third parties to interfere in your activities. Even internet service providers or government bodies are unable to track your traffic when your VPN connection is on.

How to Temporarily Turn Off VPN? 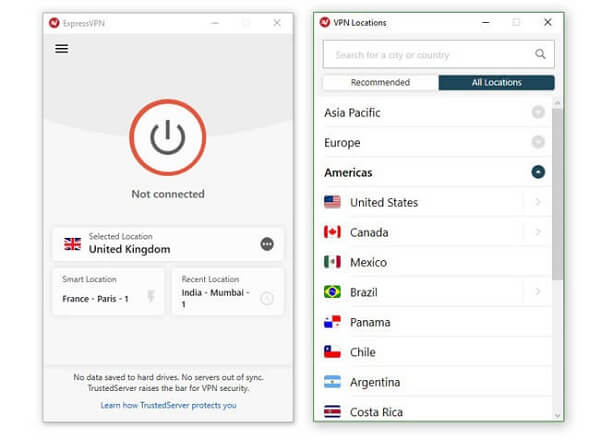 You can turn off VPN the way you enabled it. Open your third-party VPN software and click or tap the switch which says Disconnect or Turn Off.

Whatever operating system you are using, whether it be Windows, iOS, Mac, or Android, just launch the VPN app, and turn the VPN off by tapping or clicking the power button.

How to Manually Turn Off VPN From Settings? 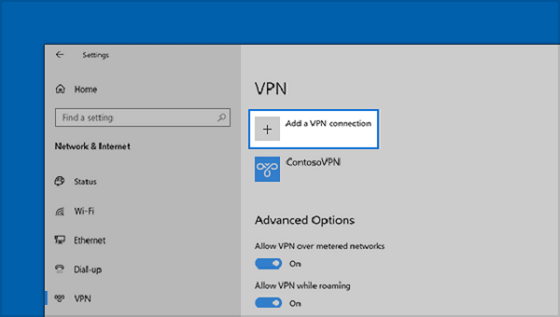 Android phones can have different interfaces depending on which phone you’re using. But you can just type in the search panel if you’re facing difficulty in finding an option.

How to Permanently Turn Off VPN? 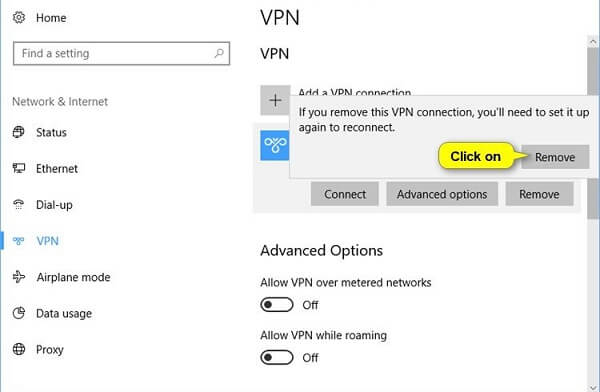 If you have turned off your VPN from your device’s settings, you can still enable it. So if you want to permanently delete it, you’ll have to remove or delete your VPN profile completely. Just follow the instructions above and turn off your VPN first. Now to remove your VPN, follow the steps below.

Once disconnected, click the VPN profile again and tap on Remove.

In the VPN tab, tap on the information icon next to your VPN profile and tap on delete.

From the list of connections in the VPN tab, tap and hold your VPN profile and tab on delete.

When Is It Safe to Turn Off VPN? 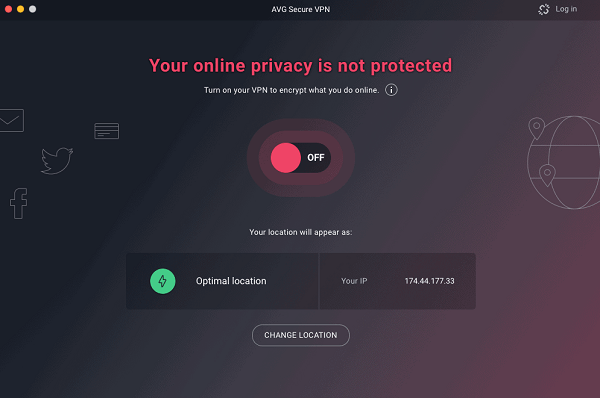 You can turn off your VPN when you’re on your home network and hundred percent sure that it’s safe and not compromised.

You may think that your home network is safe because you’re hundred percent sure there are no third parties involved that can exploit your sensitive data. But when you’re not using a VPN, your internet service provider can easily monitor your traffic and even sell it to concerned parties.

So the sensible solution would be to keep your VPN on all the time. But if it seems too much trouble to turn your VPN on and off again then you can just set up a VPN server using your router. With this, all your devices that are connected to your network are protected.

Other than that, public wi-fi networks of coffee houses, cafes, libraries, or restaurants are easy targets for attackers to prey on sensitive data of the ones connected to that open network.

Wi-Fi networks have WPA2 as their standard encryption system which is somehow exploitable. And if successfully cracked, then the hacker could easily spy on your data and gain access to other devices which are connected to the same network.

But unfortunately, there are times when you need to turn off your VPN temporarily. For example, banks don’t let you access their network if you’re on a VPN as they can recognize the VPN-generated traffic. Moreover, if you’re working in a company that prohibits the use of VPN then you’ll have no other choice than to turn off your VPN connection.

And if you’re in a country like Russia, China, or North Korea that has bans on VPNs, then using a VPN can get you in trouble. So you should always know how to turn off VPN in split seconds.

Reasons to Turn Off VPN 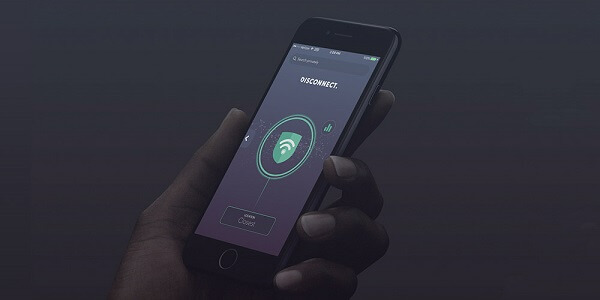 VPNs can keep you safe on the internet from data predators, malware, or phishing attempts but sometimes you cannot carry out some activities with a VPN, which are.

But it would be a risk to turn off your VPN and expose your original IP address while carrying out these activities. So we have provided some solutions from which you can get your job done without going commando on the internet.

It is no surprise that VPNs can decrease your internet speed because your traffic hops around. It passes through a VPN server, and then reaches its destination. This makes your ping or latency high, which can be an ugly experience while gaming online. And no one wants their CS GO to jerk and miss a clear headshot.

But not to worry, you can use a trusted and reliable VPN provider. ExpressVPN is the best gaming VPN you can go for. Just get a VPN subscription, install the VPN client on your PC, log in with your account, and connect to a server.

For Streaming Services That Block VPNs

If your VPN has been blocked by your favorite streaming platform and you can’t watch geo-restricted movies or shows anymore, then sign up for a VPN company that hundred percent works on popular platforms including Netflix, Hulu, HBO Max, and Amazon Prime Video.

NordVPN is a great choice for streaming as it offers more than 5000 servers in 59+ countries. So you’ll always find a server that can unblock different libraries of streaming platforms.

You can use your VPN on Netflix or any other platform by changing your location. Minimize your VPN app and then enjoy your favorite movie. And if you can’t seem to find a server that works then contact the 24/7 customer service, they will guide you.

When you connect to a VPN, your IP address changes, so you won’t be able to access anything from your local area network (LAN). But if you’re subscribed to Surfshark VPN, then you can use their Bypasser feature.

Bypasser is a split-tunneling tool from which you can select certain apps, services, or programs to bypass your VPN connection and work on the public network. So this way, you’re using a private network to hide your online identity and using a public network to access your LAN resources at the same time.

The solution to this problem is rather simple. If you wish to be connected to a VPN but still want to access content that is only available in your region, then simply connect to a VPN server of your country or a server nearer to your location.

This way, you’ll have access to the content you want and still be anonymous on the internet.

Is using a VPN illegal?

If you’re living in a country where VPNs are illegal then you cannot use a VPN. Check first if your region has any laws on VPN bans.

How much does a VPN cost?

A reliable VPN service can cost you $11 – $12 for a monthly plan. But if you sign up for a longer-term plan, you can save.

What is the alternative option if I don't want to turn off my VPN?

If you don’t want to turn off your VPN but still want to access your public network, then use the split-tunneling feature. You can make some programs or apps bypass the VPN connection. Just sign up for a top-tier VPN that offers this feature.

Can a VPN unblock Netflix libraries?

Streaming platforms like Netflix work tirelessly to ban VPN IPs so not all VPNs can unblock Netflix libraries of other countries. Only sign up for a VPN service that is tried and tested on streaming platforms or you can test yourself by taking advantage of the 30-day money-back guarantee offer.

Can I use a free VPN?

You can use a free VPN if you use a VPN occasionally but it is not recommended. Free VPNs can steal your data and sell it to concerned parties to earn their share of profit.

So now you know the answer to how to turn off VPN on any device, you should be able to do it easily. But it is not recommended as there is a great risk that your online identity may get exposed on the web and your private information may fall into wrong hands. But if you do, don’t forget to turn it on again or use the auto-connect option which some VPN service providers offer.