How to Set Up a VPN on Windows, Mac, Android & iOS

As security has gained major significance, Virtual Private Network (VPN) is globally used for secure and reliable internet browsing. You can set up your own VPN connection on any device automatically or manually with the help of some guidelines.

First, you need to get a subscription plan for a reliable VPN service and download the VPN app. Then create a profile on your device, set the server name or address, set a VPN type by choosing a protocol and you’re good to go.

This guide covers all the information on setting up a VPN connection on the popularly used operating systems. 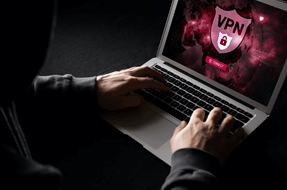 Short on Time? Here’s a Short Summary of How to Set up a VPN.

The internet and the world wide web is running on data, every data has its value according to the hunters of those data present on the web. To make sure that the data which you are sending by making a request, filling in a form, or checking in a place on a social media platform is safe, you must know how a VPN works. 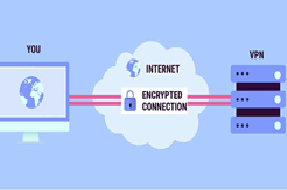 VPN connections can hide your online identity just with a tap of a button. It can keep you safe on a public Wi-Fi network and you can even access geo-blocked websites.

When you are using VPN software, the data which you send out will have to cross several barriers before reaching its destination. When leaving from your end, the data is encrypted by the VPN server, preventing third parties to exploit your sensitive data, and when it reaches the destination.

By doing this, your original IP address is shielded by another IP assigned to you by the VPN server.

How to Set up a VPN?

Setting up your VPN connection can be a little tricky-ish, but it is no rocket science if you have proper sources to get the right VPN settings.

The concept of setting up a VPN connection is almost the same but the steps are different according to different devices and operating systems.

Keeping in mind, that you choose the best-customized VPN settings, Protocols play a vital role. You need to choose a compatible protocol for your respective task for which you are setting up a VPN.

This guide will tell you all about establishing a VPN connection on your Windows, Android, iOS, Linux, or ChromeOS as well as the widely used protocols.

Since after being released on July 29, 2015, Windows users can enjoy the built-in VPN service which comes along with the operating system. You can easily set up your own VPN by creating a profile but remember that you should be subscribed to a trusted VPN service.

How to Set up a VPN in iOS?

Changing your geo-location with your iOS device is merely not that difficult. You have to subscribe to a reliable VPN service. And if you have downloaded the VPN app from the App Store then the operating system should itself configure the settings for you automatically, but here are the steps for manual settings. 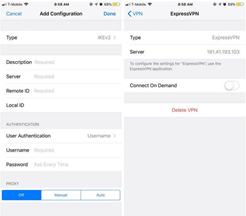 How to Set up a VPN in Android?

Just like iOS, setting up a VPN on android mobile devices is not that complicated, but one has to keep in mind that the settings hierarchy is not the same for all the devices, but it is easy to find anything by literally using the Search bar in your Android Settings. 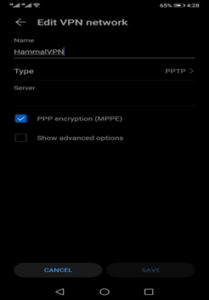 How to Set up a VPN in macOS?

In setting up a VPN in macOS, multiple apps can guide you through the overall setup process but you can always go for the option of doing it manually. 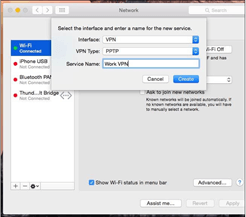 How to Set up a VPN in ChromeOS?

ChromeOS is the latest Operating System introduced by Google for Chrome Devices. You can easily download and install a VPN from the Chrome Web Store and install the extension. But, if you have a habit of doing things manually, follow these steps. 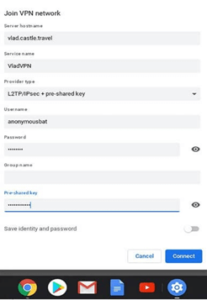 How to Set up a VPN in Linux Ubuntu?

Linux is an Operating System preferred by Developers as no operating system has surpassed Linux in the area of security. 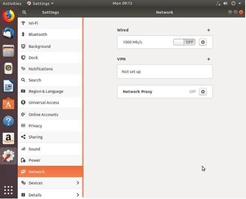 How to Set up a VPN with Different Protocols?

A VPN protocol is a source of instructions that decides exactly how your data is to be routed through a network. Every protocol has its own specification.

For suppose, WireGuard VPN protocol ranks the speed higher to make sure the user does not have to face throughput speed issues. While L2TP VPN protocol focuses more on encrypting the data with a strong encryption method for privacy and security.

And if you go for a top-tier VPN provider like ExpressVPN or Surfshark, you may get to use their newly introduced protocols like Lightway or Shadowsocks.

These are basically a blend of two or more protocols that can further strengthen the encryption process.

In order for a secure connection between a device and a VPN server, protocols play a vital role. The widely used protocols are, 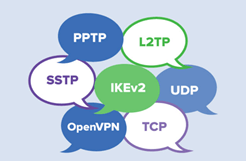 It is a universal protocol that is one of the oldest but still very reliable to use. IKEv2 is best when you need to connect to a server nearer to your location. It is a protocol that can be used on older devices.

Not so popular for its speed but it is one of the most secure protocols to use. OpenVPN is best when you need to connect to a server that is far away from your location. Probably the best choice for the users who work on a desktop. With the services NordVPN is providing, you can check out OpenVPN, with TCP and UDP.

It can be useful when the essential quality the user needs is speed, it works best on the activities of Video Calls, Gaming, Streaming.

It is used when the user wants no interruption in his/her activities like web browsing or file transfer.

It is a VPN protocol that has cross-platform compatibility, has a fast connection, and is proved to be very cost-effective having an easy configuration method. PPTP has a 128-bit encryption method for the protection of data and thus, it can easily be breached because of having a low-security factor.

L2TP has a 256 encryption method. It is more secure than the PPTP protocol. L2TP is widely popular for its advanced security as it allows remote access to its users to connect to a network. It runs on a UDP protocol which is fast, being firewall-friendly in nature.

It is a protocol in which you can have the stealth mode on by working under the radar. This protocol makes your ISP unable to track you and thus makes the user invisible. It is useful when a user is trying to access something while being connected to a restrictive network (Educational Institute or Hotel).

One of the latest protocols designed for its high speed and ability to work efficiently when the user has to switch a lot between WiFi network and Mobile data.

While VPNs are a great source of encrypting data, making you able to work under the radar, hide your traffic, and many more. But, at the same time, are there any drawbacks that VPNs have? Discussing those, 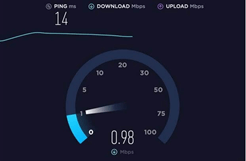 While accessing the web with a VPN on, sometimes the VPN connection can drop with no warning to the user, after which the user has no knowledge of him accessing the internet without VPN and is exposed with the original IP address.

Make sure you choose a trusted VPN provider like ExpressVPN or NordVPN that provides a built-in kill switch feature.

Getting banned from Subscription Platforms 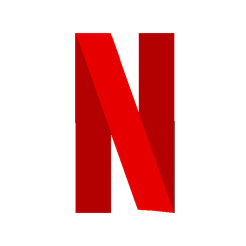 Some online subscription platforms like Netflix, Hulu, BBC IPlayer may not encourage the use of a VPN on their platforms, and doing it anyway can cause a ban penalty to the user for a specific period and he/she may not be able to use those platforms in the future. To avoid this, make sure you go for a reputed VPN service the next time you want to access Netflix’s international library.

How much will it cost me in setting up a VPN?

There is no exact answer to how much a VPN would cost an individual, as various VPN providers have different pricing plans. But it can range from $2 to $7.

There are different laws in different countries for setting up a VPN, check the policies of your country first and then go for a VPN connection.

Can I use a free VPN service?

You can use free VPNs but it may have limited usage and since it is free, there is a chance that the VPN company may earn by selling customer data to brands for marketing purposes.

VPNs have gained global popularity in the last decade as data has been identified as a source of doing things better with analysis techniques. With the emerging need to manipulate data, VPNs will gain more popularity in the coming years, and it is necessary to know how to set up a VPN and be aware of how they work.